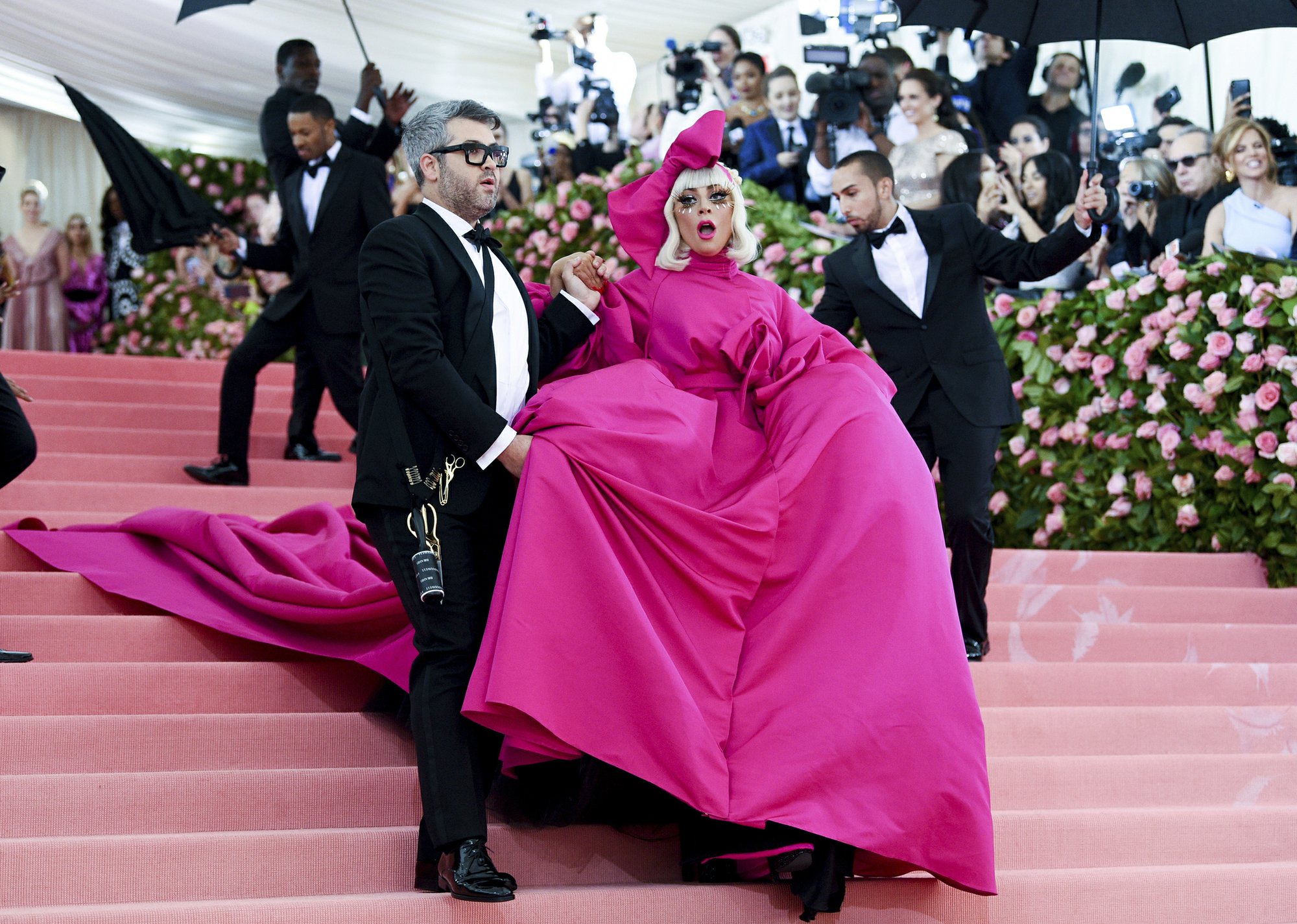 Lada Gaga’s multiple fashion reveals were a big moment at the Met Gala, and a sweet one for her friend Brandon Maxwell.

Maxwell was the guy by her side who peeled off all her layers on the pink carpet. He also created the look that had her transitioning from a huge pink gown down to black bra and panties, including glittery sky-high boots.

Dressing and undressing Lady Gaga is nothing new for Maxwell, on her style squad for years, but he admitted to some nerves over the Met Gala earlier this month.

“I, of course, was supernervous leading up but then I had to tell myself, you know, I have changed her under the stage in live performances many, many times and this is what we do,” he told The Associated Press in an interview.

“Every time I looked over and saw her, I felt calm because I knew that we had each other. And we have always had each other,” Maxwell said.

Lady Gaga has been a driving force in his life, a “stable friend that has been there to catch me whenever I felt like I am falling, and that goes for many of the other best girlfriends in my life.”

Maxwell said it’s the women closest to him who motivated him to break out with a brand of his own.

“It is not about fame or glamour or money or being at the cool table,” he said. “It is really, for me, about saying thank you.”

Among Maxwell’s latest projects is judging on a revived 17th season of “Project Runway,” featuring Karlie Kloss as host and fellow womenswear designer Christian Siriano as the mentor.

“I love the contestants,” Maxwell said. “What they are doing is hard. To make a dress in two days, like when you have a full team, it is incredibly hard, so I really think that speaks to the level of talent they possess.”

Maxwell has been at the helm of his own company for about four years. In addition to Lady Gaga, he’s dressed Meghan Markle, Michelle Obama, Oprah Winfrey, Julia Roberts and a host of other celebrities. He can still relate to the contestants he’s helping to judge on the Bravo series.

“I am in the trenches every day with the real issues and I feel so many of the pressures that they feel,” Maxwell said. “It is like holding up a mirror to myself when I am seeing them on the runway.”