Brazil's historic National Museum on Wednesday displayed fossils discovered in the Antarctic at an off-site venue in its first exhibition since the Rio-based institution was gutted by fire last year. 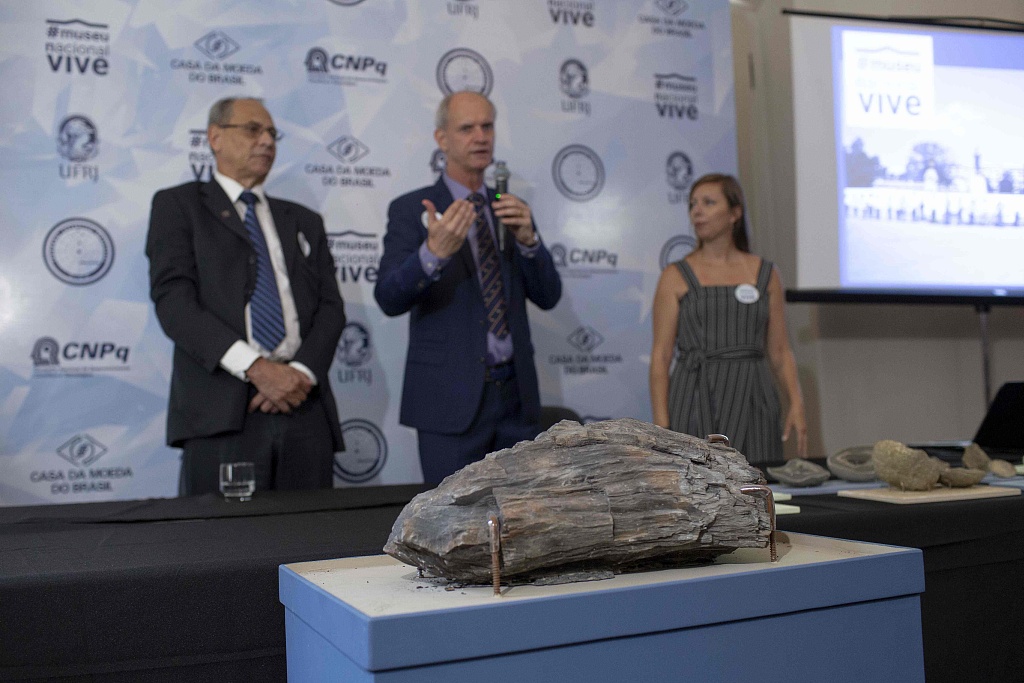 The director of Brazil's National Museum Alexander Kellner (C) shows fossils found among the debris in the building, destroyed by a fire last year. (Photos: VCG)

Among the fossils on display at a sister museum -- the Palace of the House of Money -- was a bone from a pterodactyl, which the National says is the first evidence of a big reptile species from the Jurassic era being found in the continent at the southern pole.

The bone, and a few other items being shown off at the money museum, had been undergoing scientific studies at the time of the September 2, 2018 blaze that wiped out most of the National Museum's collection. Eight pieces were recovered from the ashes.

All the rest of the 160-piece exhibition had to be reconstituted using fossils collected from other areas.

The director of the National Museum, Alexander Kellner, told reporters that the exhibition was "major proof that the museum is alive and operating with available tools." 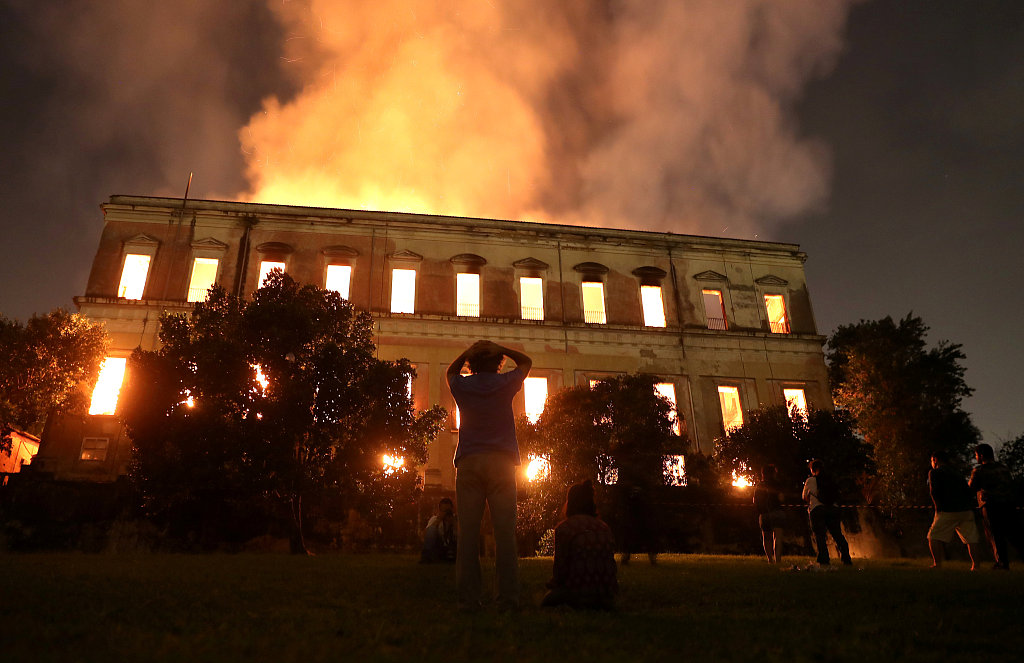 People watch as a fire burns at the National Museum of Brazil in Rio de Janeiro, Brazil September 2, 2018.

The 200-year-old institution was considered the main natural history museum in Latin America, and was known for its paleontology department and its 26,000 fossils.