Ellen Cristina Silua, a visiting scholar from Brazil, came to the camp of the 18th Chinese peacekeeping force to Lebanon to learn Chinese medicine in Beirut on Thursday.

Silua learned from media reports that staff of the Chinese peacekeeping hospital were offering medical services to the Lebanese with traditional Chinese medicine therapy. Silua has learned Chinese medicine since 2010 and spent about 20 days for research and field study in Chinese hospitals every year. 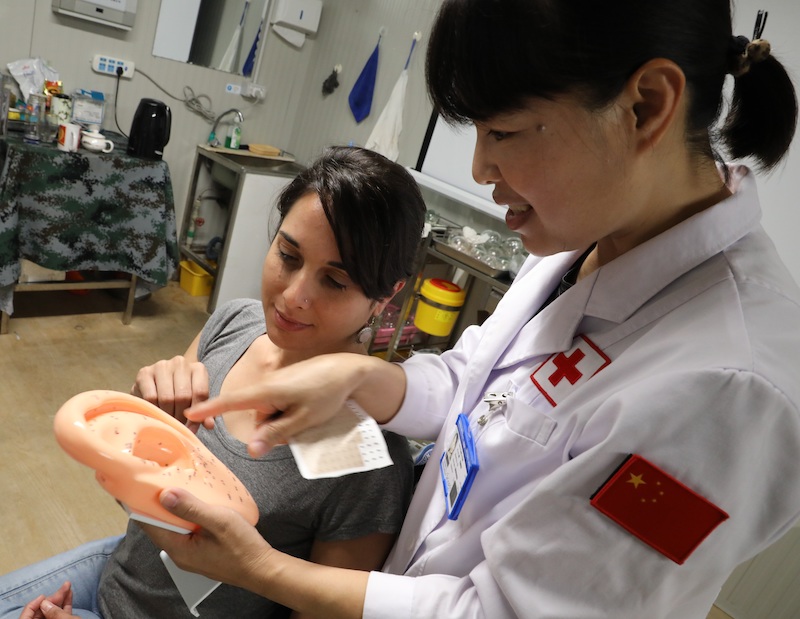 During her visit, she was curious about ear acupuncture and experienced the therapy herself. With the guidance of medics, she also learned to manipulate cupping to help a peacekeeping soldier cure the pain in the wrist. 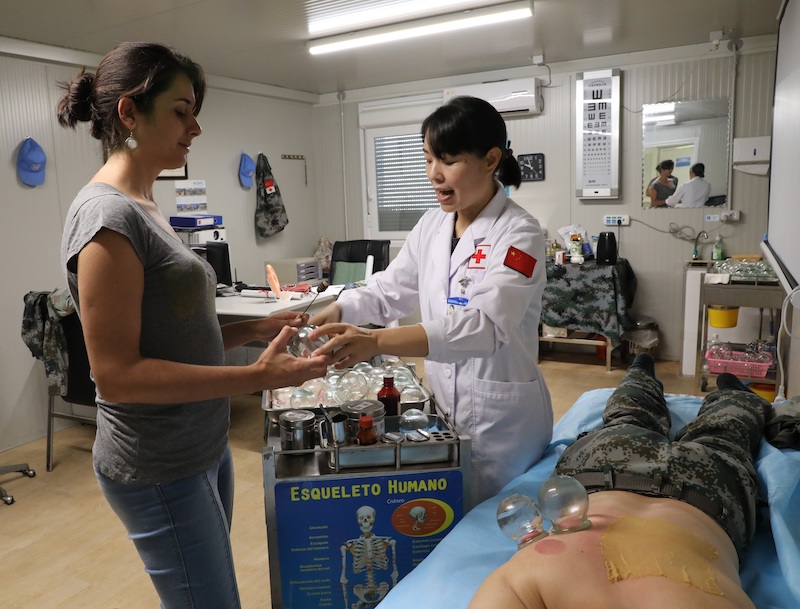 Silua helps a peacekeeping soldier to do cupping with the aid of the medics. (Photo: People's Daily app/ Li Xiao)

The Chinese peacekeeping hospital gave her a diagram showing the acupoints of the human body, a moxibustion box, medicated liquor and ointment made of Chinese medicine as souvenirs. 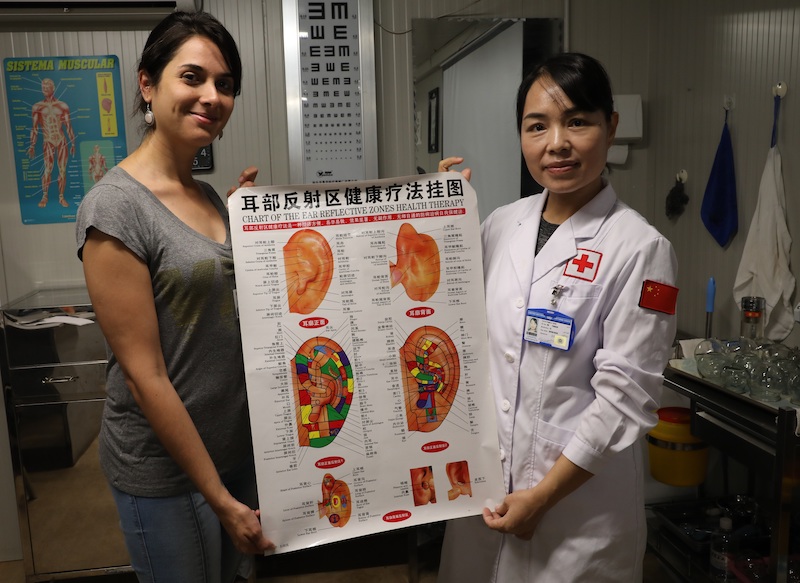 Silua is given a diagram showing the acupoints of the human body as a souvenir. (Photo: People's Daily app/ Li Xiao)

"Traditional Chinese medicine has no side effects and cures disease with the gifts of nature. I'm going to popularize the therapy in my hometown in Brazil," said Silua.