CULTURE Brees back for Saints, Ryan out for Falcons in NFL’s Week 8

Brees back for Saints, Ryan out for Falcons in NFL’s Week 8 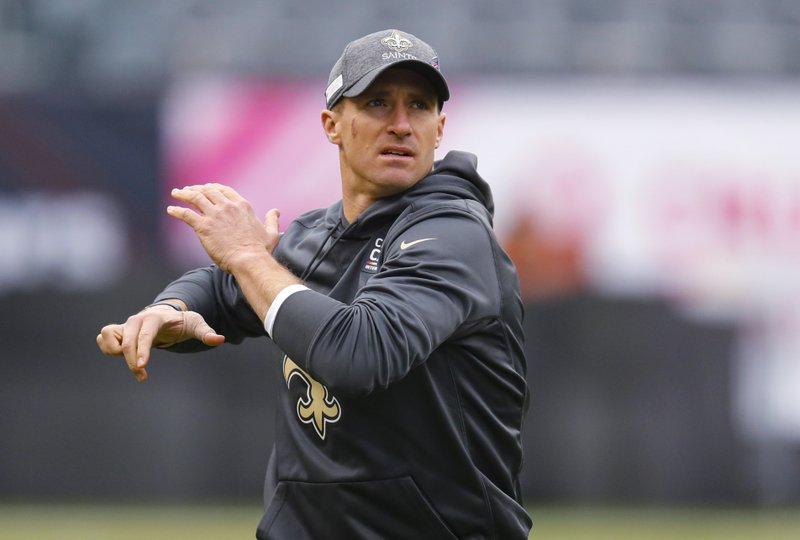 In this Oct. 20, 2019, file photo, New Orleans Saints quarterback Drew Brees works on the field before the team's NFL football game against the Chicago Bears in Chicago. (Photo: AP)

Drew Brees is back for New Orleans while Atlanta’s Matt Ryan will miss a game for the first time in 10 years in Week 8 of the NFL’s regular season.

The star quarterback of the Saints has missed five games with a right thumb injury that required surgery. New Orleans won all five games without him with Teddy Bridgewater as the starter. The Saints are playing Arizona and rookie No. 1 overall pick Kyler Murray at home.

Ryan has a sprained right ankle that will end his streak of 154 consecutive regular-season starts. Matt Shaub is starting for the Falcons, who are taking a five-game losing streak into a home game against Seattle.

San Francisco is going for its first 7-0 start since 1990 after getting receiver Emmanuel Sanders in a trade with Denver. The 49ers have lacked a No. 1 receiver for Jimmy Garappolo.

New England is the league’s only other unbeaten team at 7-0. The Patriots are home against Baker Mayfield and the Cleveland Browns. Winless Cincinnati is playing the Los Angeles Rams in London.

Kansas City will be without Patrick Mahomes because of a knee injury when facing Aaron Rodgers and NFC North-leading Green Bay.