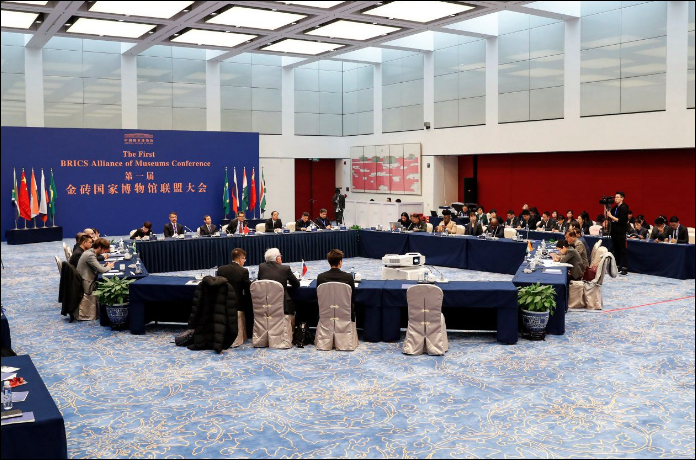 Museums from the five BRICS countries – Brazil, Russia, India, China and South Africa – have set up a new platform to enhance cultural understanding among their peoples. The five-year deal was signed at a meeting of these institutions in Beijing on Thursday.

Cultural institutions from the BRICS grouping have gathered for their Alliance of Museum Conference at the National Museum of China in Beijing. Their agenda ranges from funding for exhibitions and conferences to the prevention of relics trafficking.

Director of the host museum Wang Chunfa is the first rotating president of the alliance.

"I believe that the alliance conference will be a perfect platform to demonstrate our cultural achievements as well as different human civilizations to the world. It will also allow more cultural exchanges and academic research to take place," said Wang.

Hours of discussions finally led to a consensus on a five-year cooperation structure, which includes joint efforts to promote touring exhibitions, academic exchanges and training, as well as funding to support regular communication among the BRICS countries.

"Exhibition always works in which it demands opinions from scientific staff and direct staff. For example, we'll have a very frank practice with our Chinese partners in the next year. I think this platform established by the members of BRICS countries is a new step for museum cooperation,” said Alexey Levykin, director of the State Historical Museum of Russia.

In a globalized world, intercultural understanding matters, as it's an important foundation for other human interactions. As an old Chinese saying goes, "The friendship between nations depends on their people's affinity." And that's what the BRICS museum alliance says it is trying to achieve.