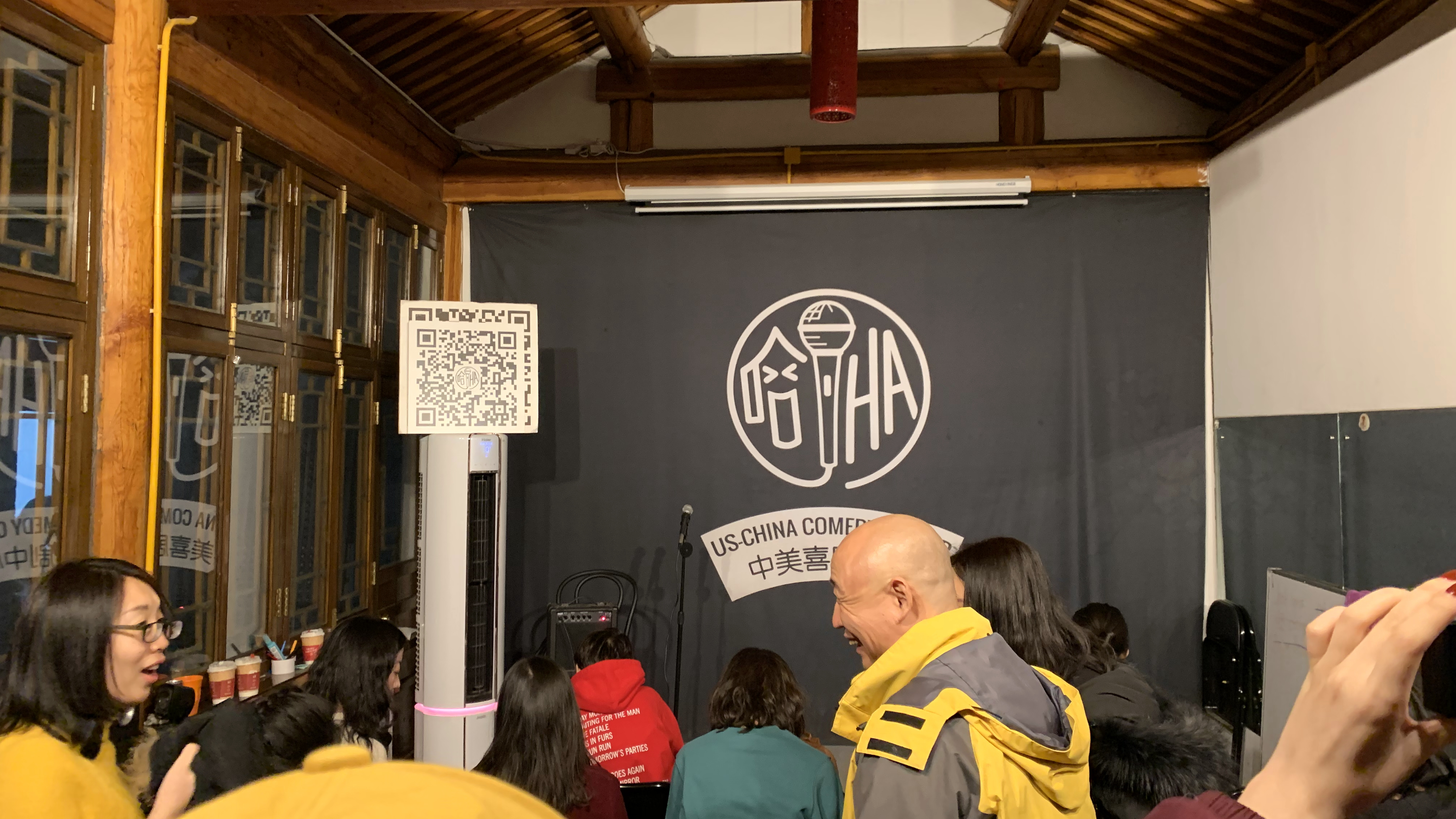 Audiences from different countries gathered in a theater deep in a Beijing Hutong, filling the cold winter night with waves of laughter.

The theater is located at 65 Xiaojingchang Hutong, inside a small offshoot alleyway, which is where the US-China Comedy Center hosts its bilingual comedy of all sorts, as well as weekly improve workshops. International performance teams including Beijing Broads, Beijing Improv, Comedy Club China and Danliren.

January 11 was the last day they performed at that Hutong, and they held a "Farewell Performance," marking the end of their stay there.

"If you make Chinese New Year joke about going back home to your laojia (hometown) they might look different than American jokes. But Americans will make similar jokes about going home for Thanksgiving or Christmas. A lot of stuff looks different but isn't different, and some stuff looks the same but it's actually different," said Jesse Appell, the founder of the US-China Comedy Center.

He moved to China on a Fulbright Scholarship to research Chinese humor in 2012 and has performed in many comedy-variety shows in Beijing.

Jesse has extensive Chinese fans and he is trying to bridging different cultures with laughter, as the goal of the US-China Comedy Center, to create a world with more laughter and less conflict.

He is not the only foreigner who performs on stage. Jordan Bencherif, a comedian from France spoke to CGTN. He said Chinese comedy shows are different from French comedy.

"Foreign performers have amplified expressions, which make the show more dramatic. They are very devoted and remain immersed in their performance, which is quite professional."

The theater was quite crowded since audience kept coming in, filling  the room with raucous laughs.