CULTURE Britain has a summer job for you: Count the butterflies

Britain has a summer job for you: Count the butterflies

LONDON (AP) — What to do during Britain's hottest summer in years? Why, count butterflies, of course. 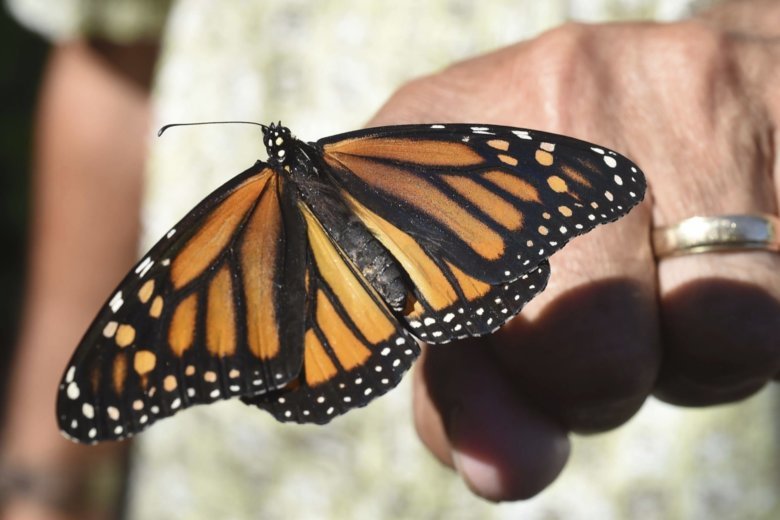 John Miano of Destin, Fla., holds a monarch butterfly on his fingertip as he waits for the newly tagged insect to take flight during the Panhandle Butterfly House's Monarch Madness festival in Navarre, Fla. The Trump administration is proposing changes to the government's endangered species program that wildlife advocates say could make it harder to protect monarchs. (File photo: AP)

Britain is holding a Big Butterfly Count to help experts assess the state of the wildlife environment. The count is being backed by celebrities, including naturalist David Attenborough, and depends on people devoting 15 minutes to counting butterfly species.

More than 60,000 volunteers took part in the Butterfly Conservation survey last year. The annual survey began in 2010 and the group says it's become the largest butterfly monitoring project in the world.

The group says butterflies react very quickly to environmental changes, making them excellent indicators of biodiversity. It says a decline in butterflies is "an early warning" of other wildlife losses.

The count, which also helps to identify threatened species, goes until Aug. 12.