CULTURE Britain to give $2 billion to virus-hit culture sector

Britain to give $2 billion to virus-hit culture sector 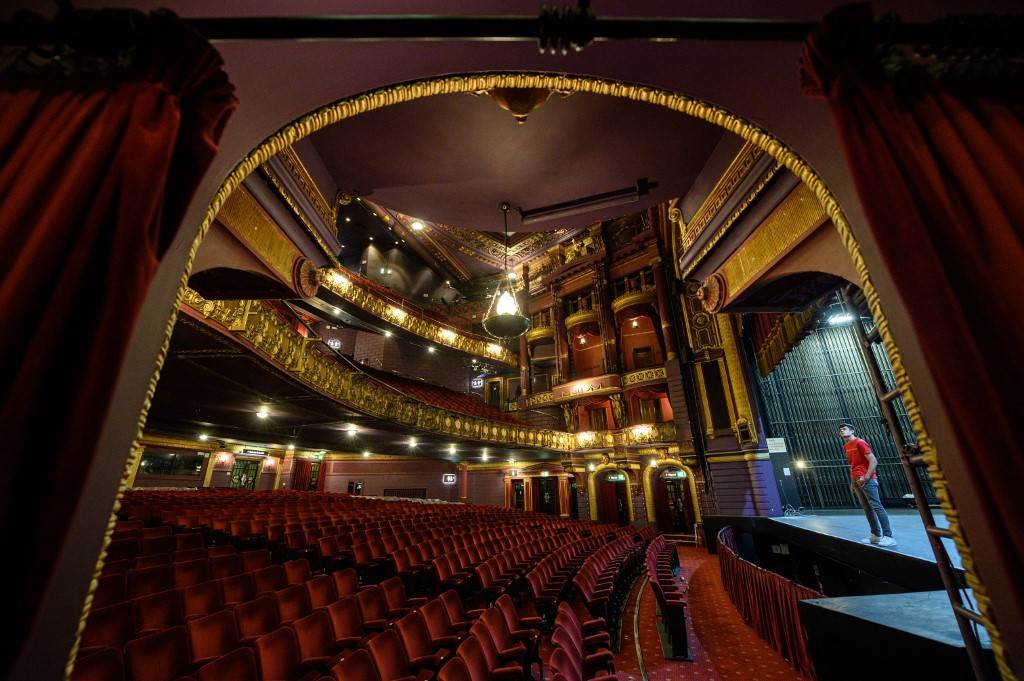 The mix of grants and loans worth £1.57-billion ($1.96 billion (1.73 billion euro), was unveiled after increasingly desperate warnings that thousands of jobs and many cultural bodies were at risk.

A national shutdown was imposed in late March and is only now easing, as shops, pubs, hairdressers and museums have reopened in recent weeks.

But live performances remain banned because of the risks they pose of spreading COVID-19.

Prime Minister Boris Johnson said: "From iconic theatre and musicals, mesmerising exhibitions at our world-class galleries to gigs performed in local basement venues, the UK's cultural industry is the beating heart of this country.

"This money will help safeguard the sector for future generations, ensuring arts groups and venues across the UK can stay afloat and support their staff whilst their doors remain closed and curtains remain down."

The funds were warmly welcomed across the sector, which employs 700,000 people, according to government figures.

"This news is truly welcome at a time when so many theatres, orchestras, entertainment venues and other arts organisations face such a bleak future," said theatre legend Andrew Lloyd Webber.

"It is absolutely critical that Britain's cultural sector is restored to health as soon as possible."

Simon Rattle, director of the London Symphony Orchestra, said: "We hope it will be distributed as fast as possible... as so many institutions and individual artists have been staring into the abyss."

Some 1,500 acts including Ed Sheeran and The Rolling Stones last week made an impassioned call for help from ministers to protect the live music industry from collapse.

Their letter followed warnings from a string of institutions, including Shakespeare's Globe, the replica open-air theatre in London, that they risked closing forever without help.

Too little, too late

However, some regional theatres have already been forced to announce big lay-offs, and critics accused the government of moving too slowly.

"This is a much-needed injection of cash but for many it's too little too late," said Jo Stevens, culture spokeswoman for the main opposition Labour party.

"It needs to reach theatres teetering on the brink fast."

She called on the government to extend its furlough scheme, which has protected 9.3 million jobs that might otherwise have been lost, to be extended beyond its October end-date for the arts sector.

Britain has suffered the deadliest coronavirus outbreak in Europe, reporting more than 44,000 deaths among patients who have tested positive.

Infection rates have fallen significantly but experts warn the virus remains in circulation, and the city of Leicester was locked down again last week after a spike in cases.

Britons are still advised to keep two metres apart, or one metre if they take other precautions such as wearing a mask -- a huge challenge for most businesses and venues.

Julian Knight, chairman of the House of Commons culture committee, said the new funds "should take some out of the danger zone -- if only temporarily".

But he added: "We ultimately need to have a means by which these organisations can open safely and gain the confidence of the public."