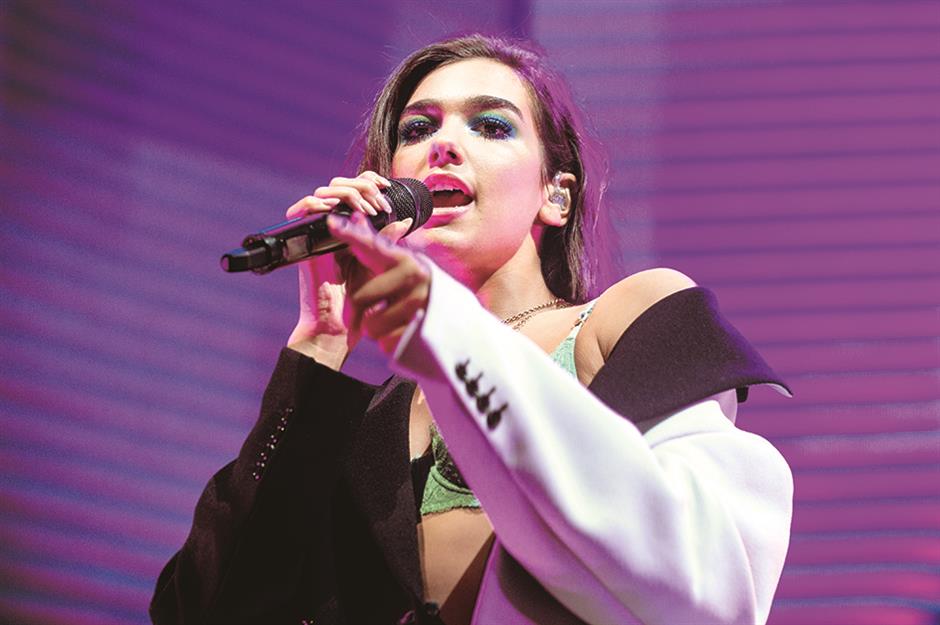 Lipa, born in London in 1995 to Albanian parents, is the most streamed female artist on Spotify and topped the UK’s number one slot for eight weeks for “One Kiss” with Calvin Harris.

At the age of 14, Lipa began covering songs by various artists such as Pink and Nelly Furtado on YouTube. In 2015, she was discovered by Lana Del Ray’s management team and went on to immediate success.

In June 2017, Lipa released her eponymous album, writing and composing 10 songs on the 12-song album. The single “Be the One” reached number nine in the UK single chart and was certified platinum in Australia, Belgium and Germany while “New Rules” became Lipa’s first chart-topping single, reaching number one in six European counties.

The young artist has also won several awards since she burst on the scene, such as the EBBA Public Choice Award, Brits Awards and UK Music Video Awards.

Going through a year of number one hit singles, sold-out shows and record-breaking streaming figures, Lipa has already become one of the biggest breakout artists in the world.