A red bronze statue of a horse's head, one of the looted Chinese cultural relics that have been returned from overseas, will be exhibited at its original home – Yuanmingyuan, widely known as the Old Summer Palace, said an official at the National Cultural Heritage Administration, Beijing Daily reported. 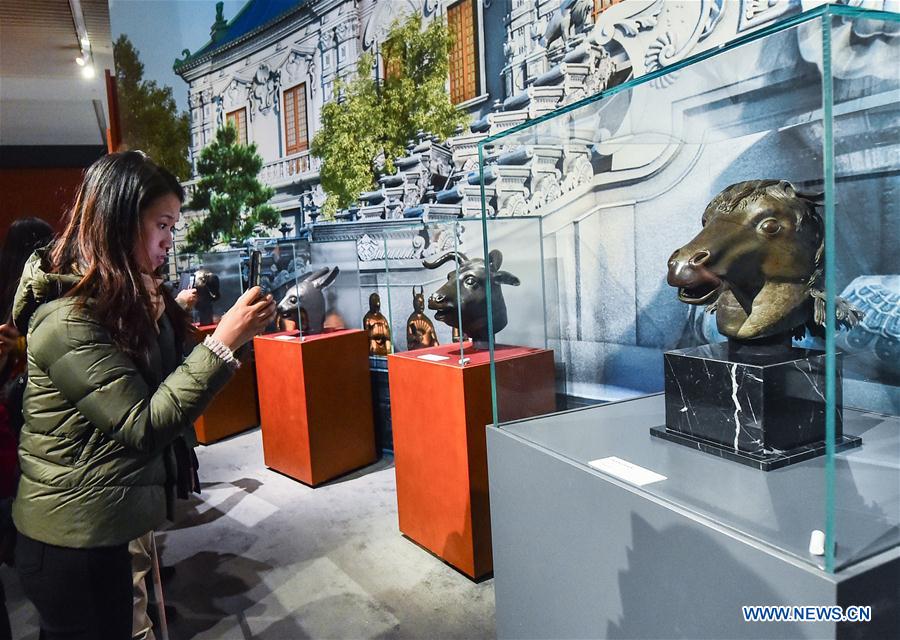 A visitor prepares to take a picture of the bronze horse head, looted from the royal garden at the Old Summer Palace by Anglo-French allied forces in 1860, during an exhibition in Beijing, on Nov 13, 2019. (Photo: Xinhua)

"Beijing is actively preparing for the exhibition of the horse head statue, with the first scheduled at the Old Summer Palace this year," said Guang Qiang, deputy director of the administration.

The exhibition will be at the Zhengjue Temple in the palace, according to the report.

The statue is one of 12 bronze heads of zodiac animals that graced a water-clock fountain in the Old Summer Palace, which was looted and destroyed by the British and the French in 1860.

In September 2007, the late Macao gaming tycoon Stanley Ho Hung-sun purchased the statue at a price of HK$69.1 million ($8.9 million), stopping the national treasure from being auctioned. Ho donated the statue back to the mainland and handed it over to the National Cultural Heritage Administration in November 2019. The statue, the seventh of the palace animal head statues that have returned to Beijing, was later sent to the management office of the Old Summer Palace to become part of its collection.