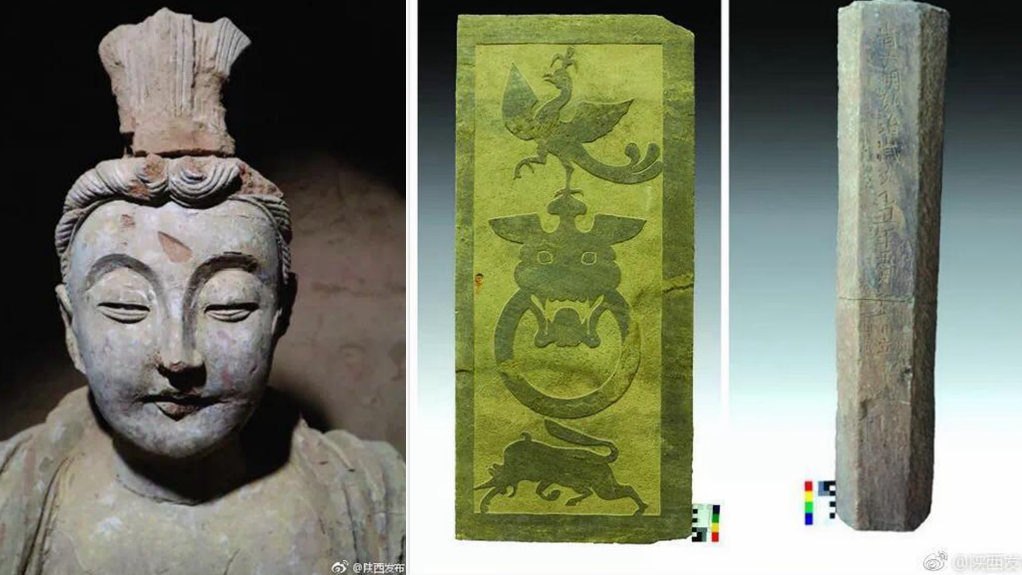 The discovery was made at a site in Suide County, which falls under jurisdiction of the city of Yulin. Six grottoes, made of clay, were unearthed. The largest has a depth of 5.7 meters. Sculptures, frescos, and stone door eaves were also found in the grottoes, according to the provincial research institute of archaeology.

These are the first clay Buddhist grotto ruins from the Ming Dynasty discovered in the province. Hu Chunbo, a researcher at the institute, said the new finds offer valuable materials for the study of transportation, Buddhist cultural exchanges, and tribal distribution in the middle of Ming Dynasty.