CULTURE Bundesliga at stake as Bayern, Dortmund meet in 'Klassiker'

Bundesliga at stake as Bayern, Dortmund meet in 'Klassiker'

Bayern president Uli Hoeness was on the field when his team earned its most-lopsided victory over rival Borussia Dortmund, an 11-1 rout in 1971. 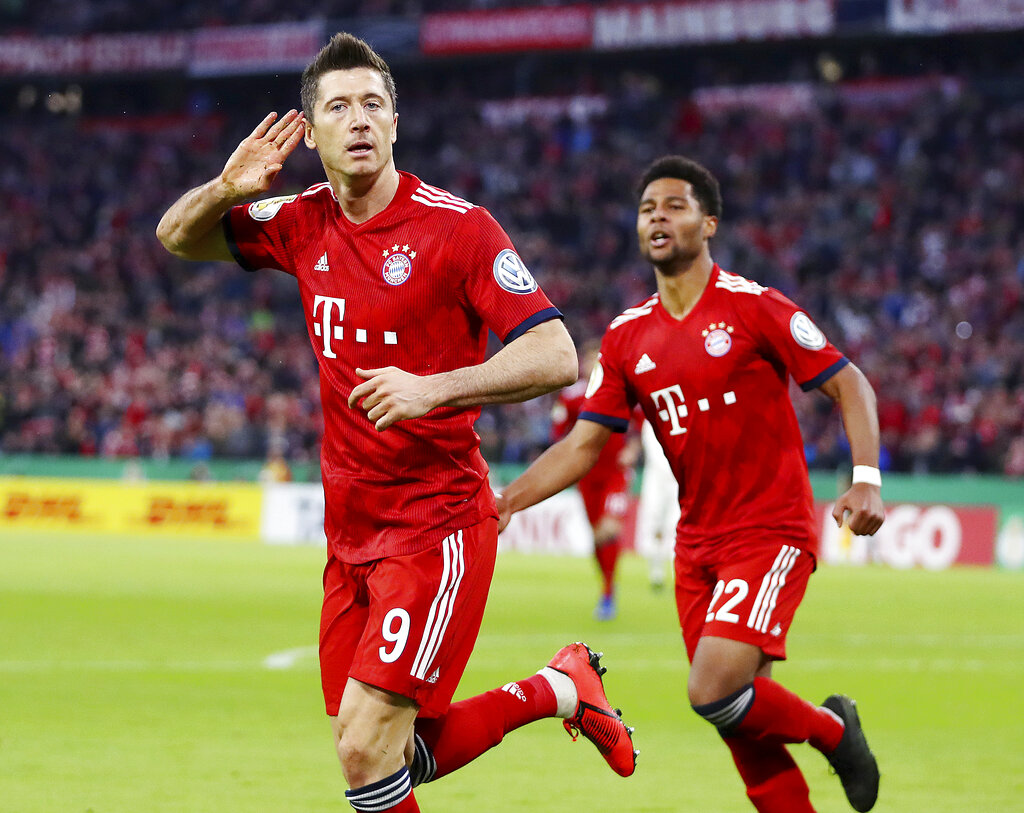 Hoeness, then a sprightly forward and soon to be a World Cup champion, scored two of those goals to go along with another four from Gerd Mueller, the German great known as Der Bomber.

"If we don't win, I'd still like to be German champion, but then we wouldn't really deserve it, looking back on the first game," Hoeness said, referring to the 3-2 loss to Dortmund earlier in the season. "Our team has to show that they want to be champions with a win over Dortmund."

Borussia Dortmund leads the league by two points heading into the match. A win would give the team a five-point lead with six matches to go. A loss, however, would put Bayern back on top and on course for a record-extending seventh straight title.

"The winner will take a giant step toward the championship," said Bayern striker Robert Lewandowski, who previously played for Dortmund.

Bayern, however, was almost embarrassed at home by second-division club Heidenheim in the German Cup on Wednesday. Reduced to 10 men after 15 minutes, Bayern was forced to bring on Lewandowski to turn a one-goal halftime deficit into a 5-4 win.

Following that hard-fought victory, tiredness may be a factor against Dortmund.

"On Saturday, 6:30 p.m., there can't be any excuses. The side has to deliver against Dortmund," Hoeness told news agency dpa. "I'm not even thinking of a defeat. We have to win, there's no alternative for me."

Before last weekend's 1-1 slip-up at Freiburg allowed Dortmund to reclaim the league lead, Bayern had scored 17 goals in its previous three Bundesliga matches. So scoring isn't really a problem, but Heidenheim showed that defending might be.

Bayern will be hoping goalkeeper Manuel Neuer and defender David Alaba are back from injuries, while Dortmund has a bigger problem in defense with Achraf Hakimi out for the rest of the season with a broken foot and Abdou Diallo and Lukasz Piszczek both doubtful. Raphael Guerreiro could fill in at left back, while captain Marco Reus is back after the birth of his first child.

Paco Alcacer, who scored two injury-time goals in Dortmund's 2-0 win over Wolfsburg last weekend, fell on his arm in the game and wasn't able to train properly.

Dortmund coach Lucien Favre said it was "hard to say" whether Alcacer will play.

Dortmund's recent record in Munich also does not bode well for a win. The last three games ended in losses with two goals scored and 15 conceded.