Buranatanyarat no choker in smog-hit India 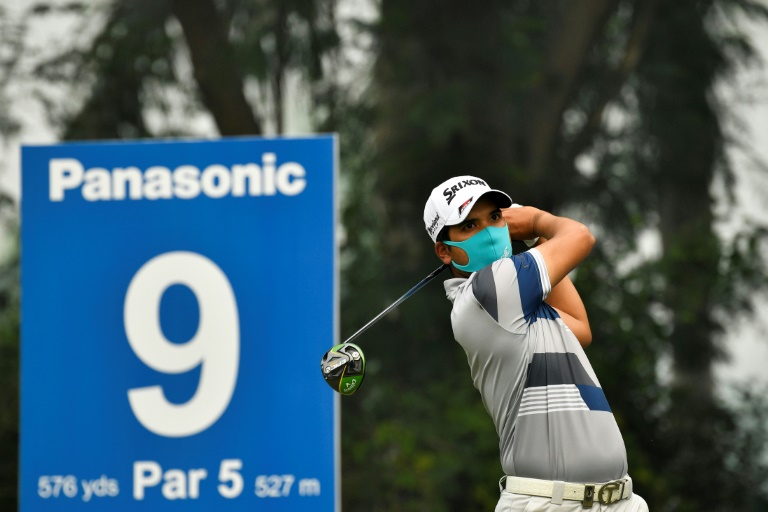 Thailand's Itthipat Buranatanyarat was one of several players who donned a face mask to play in the Panasonic Open India golf tournament.（Photo: AFP）

Thailand's Itthipat Buranatanyarat donned a face mask against choking air pollution as he fired an eight-under-par 64 Thursday for a two-shot lead in the first round of the smog-hit Panasonic Open India golf tournament.

Buranatanyarat bogeyed his first hole, but recovered with an eagle and two birdies on the front nine, and five consecutive birdies on the back at the Classic Golf and Country Club in Gurgaon, near New Delhi.

Indonesia's Danny Masrin kept pace as he sank six birdies for a 66, ahead of five players -- including local rising star Arjun Prasad -- who hit 67.

Organisers of the four-day $400,000 tournament told AFP they had delayed the opening round "due to poor visibility and weather conditions" and were assessing whether a shortened event might be necessary.

Buranatanyarat said he was pleased with his performance in spite of the delay and poor air quality.

"I just needed to wear a mask and apart from that, it was business as usual," he said.

"I managed to play well despite everything and I'm very proud of myself."

Eight-time Asian Tour winner Jyoti Randhawa of India, who is playing his 300th event on the circuit, shot level par.

The first edition of the Panasonic Open was played in 2011, with Indian players winning seven out of the previous eight tournaments.