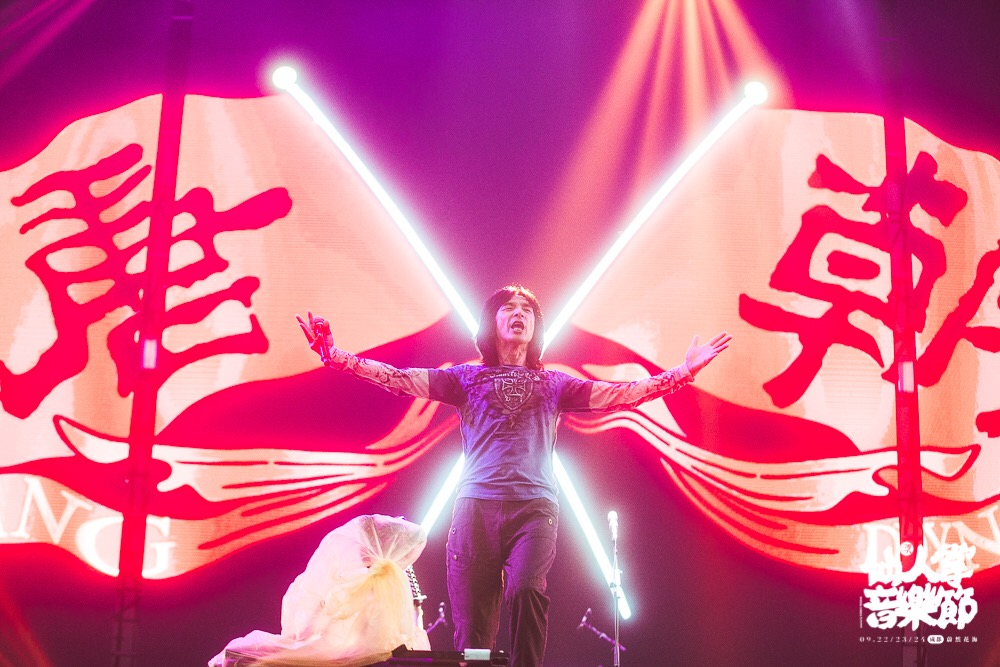 A grand music festival held in Chengdu City, southwest China's Sichuan Province over the past Mid-Autumn holiday dazzled tens of thousands of music fans with a star-studded lineup.

The three-day live outdoor music party, Cactus Music Festival, gathered almost all of China's iconic rock musicians from the past three decades, including Cui Jian, who is known as the "Godfather of Chinese rock", the Black Panther and the Tang Dynasty – two of the most influential rock bands established in the late 1980s, and the Second-Hand Rose Band, a rising Indie star that is known for their flamboyant look and unique music style, among other big names.

Zorro Xu, president of Xiaofeng Music Group, the organizer of this event, describes this music festival as "the annals of China's Indie music."

"Over the past 30 years, Chinese rock music has contributed a lot to the country's music industry. I just want to review its evolution by inviting musicians and bands from different periods of time. They have recorded the social development [of the country] with their own works," Xu told CGTN.

As a veteran of China's music industry, Xu has witnessed the ups and downs of its rock music. Now he is devoted to promoting high-quality live music shows and cultivating young talent by establishing his own brand.

The much-anticipated fest attracted thousands of music fans from across the country.

"I'm so excited to see so many big shots here. I think it will probably be the strongest lineup in 10 or even 20 years," Qu Lihang, from east China's Shandong Province, told CGTN.

Besides the big names, some young rockers also got rave reviews and fan support. Mr. Well Band is one of them.

"We're so lucky to be invited to participate in this event. I was a little nervous before performing, but I feel powerful when I stood on the stage," said Chen Jiabin, lead singer of the Changsha-based band.

"This is probably the most worthwhile event I have been a part of so far. When I started my music career, I couldn't have imagined that I'd get to perform at such a historic show. I'm so happy to be a witness as well as a participant of it," said Qing Mu, who integrates some Chinese folk elements into his music.

China's rock music is widely considered to have been born in 1989 with Cui Jian's first concert in Beijing. During his show, Cui joked that he had never imagined that he had so many young fans considering he's been around for 30 years.

Xu said he has confidence in the future of China's rock music, especially thanks to its youthful acts. His next goal is to hold the best live music event in Asia, and perhaps even the world.