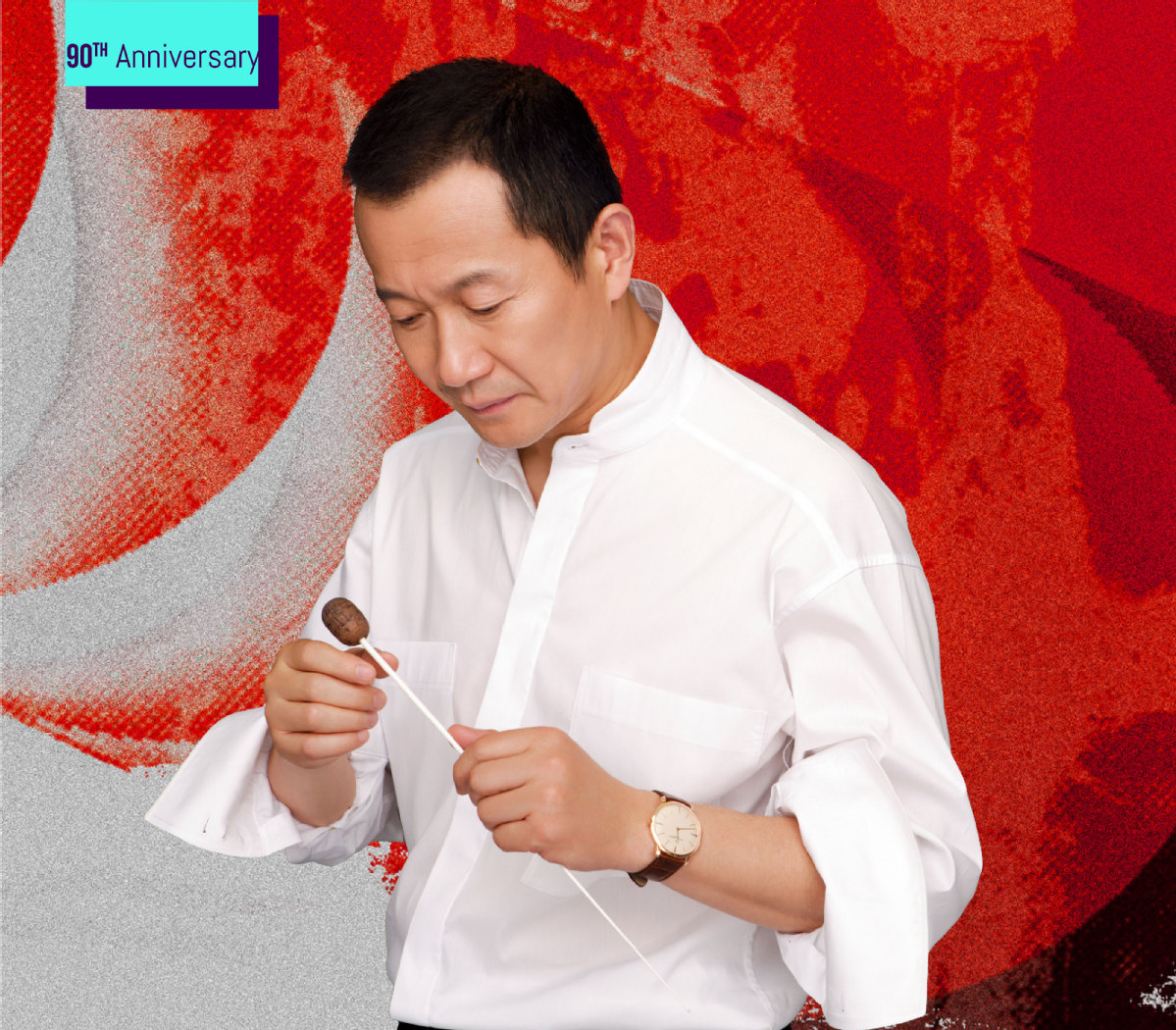 The renowned composer Tan Dun will present his new creation Prayer and Blessing at the Cadillac Shanghai Concert Hall on Sept 19. (Photo: chinadaily.com.cn)

Built in 1930, the building was moved 66 meters eastward in 2007 to make way for the Yan'an Elevated Road. The renovation project that started last March was the first major repair work performed on the structure in 15 years.

The concert hall plans to launch a series of events between September and December to celebrate its 90th anniversary. These events will comprise 54 concerts, forums, art exhibitions and livestreams. The concert hall has also introduced a new official website: www.shanghaiconcerthall.org, where detailed program information can be found. Its box office will be opened in the coming weeks.

"We went through much difficulty with the renovation project because of the pandemic," said Fang Jing, general manager of the concert hall. "Today, we celebrate our new start, and we hope to send a message of hope.

"Music connects people, and the Shanghai Concert Hall is home to the heart of the city. The Shanghai Concert hall standing in the city center after 90 long years, young and full of vitality, shows that all is possible for the future."

The opening concert for the celebrations on Sept 19 will feature a performance by the Shanghai Opera House symphony orchestra that is conducted by renowned composer Tan Dun.

Tan will present his new creation Prayer and Blessing, composed during the lockdown of Wuhan, Hubei province. The piece premiered in Antwerp, Belgium in February, and was presented by musicians from more than 10 countries through a livestream in April.

The composition features 12 tam tams – a traditional Chinese percussion instrument – from Wuhan and was inspired by the writing of Laozi and his philosophy.