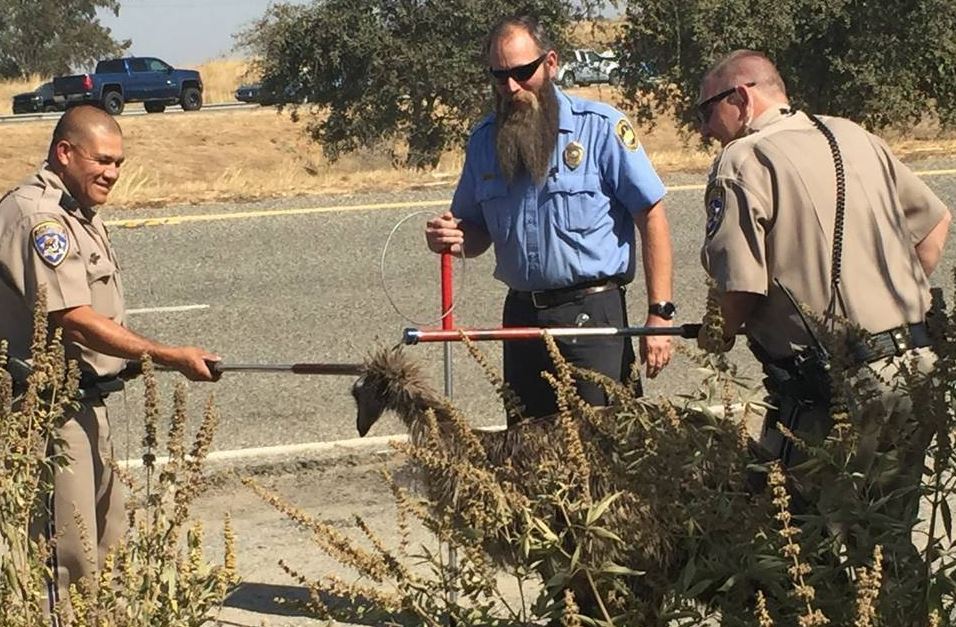 CHP officers with an officer from Madera County Animal Services, middle, use dog snares to capture an emu that was found wandering along California Highway 99, north of Madera, Calif. (Photo: AP)

California authorities have captured an emu after the flightless fugitive led officers down a highway.

The Fresno Bee reported Friday that the bird was apprehended following a brief pursuit by California Highway Patrol officers.

Authorities say officers responded to a report that an ostrich was wandering along the right-hand shoulder of US Highway 99 northwest of Fresno.

Officers say they do not know whether the emu escaped a nearby farm or a moving vehicle.

Animal experts say the flightless native Australian birds can sprint at up to 30 mph (48 kph) and trot quickly for longer distances.

Emus are the second-largest birds in the world behind the ostrich.