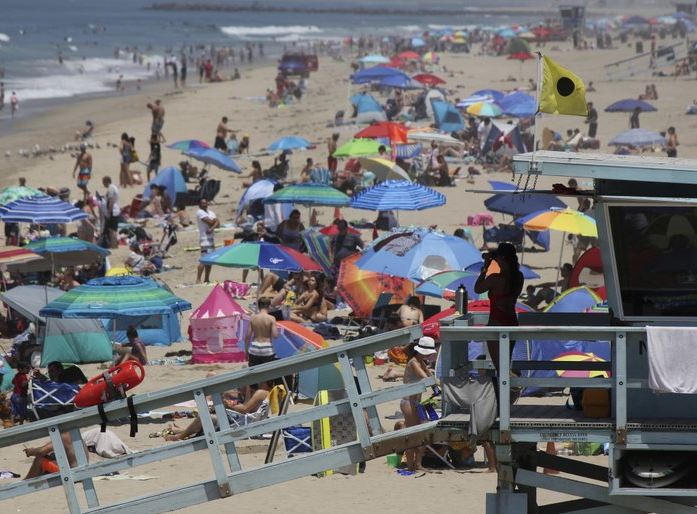 California’s population has stalled at 39 million people as the state’s growth rate slows because of more people leaving the state for other parts of the country.

Adding births and subtracting deaths, California added more than 180,000 people for the 12 months ending July 1. But more people left the state, resulting in a net migration loss of 39,500 people. State officials said it’s the first time since the 2010 census that California had more people leave than it had move in.

California’s population nearly tripled in the last half of the 20th century and is now the world’s fifth-largest economy. It remains by far the most populous state in the country, with second-place Texas still shy of 30 million people.

Yet the state’s growth has leveled off. It’s 0.35% growth rate for the 12 months ending July 1 is down from a 0.57% rate for the prior 12 months, the two slowest growth rates in recorded history.

Still, official state estimates predict California will hit 50 million people by 2055, predicting by then the state will join Japan and European countries as having more deaths than births.