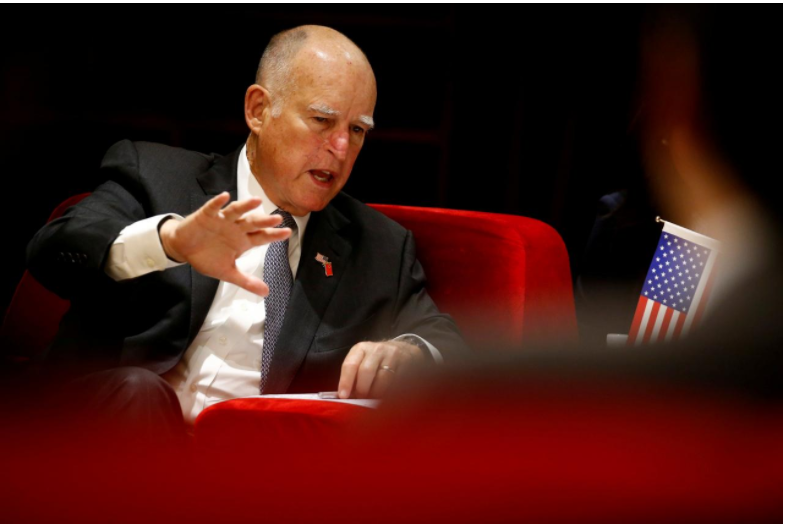 California Governor Jerry Brown proposed a budget for the 2018-19 fiscal year on Wednesday that would be a 5 percent increase over the current year, with greater spending on education and transportation, while he warned about a likely a economic downturn in the future.

Brown, in his last budget address before leaving office next January, proposed a general fund budget of $131.7 billion. The proposed total state budget, which includes income generated from bonds and other special funds as well as tax revenues, would be $190.3 billion, up 4 percent from the current fiscal year.

California’s fiscal position has improved by leaps and bounds since 2011, when the state suffered a $27 billion budget gap. Even so, Brown, a Democrat, told lawmakers that the state needs to be prudent, warning of an eventual economic downturn as well as impacts of new federal policies. As a result, the budget continues to bank higher revenues into reserves and pay down debts and liabilities.

California has faced 10 recessions since World War Two, and the state must prepare for the 11th, Brown said.

The proposed budget includes $3 billion of new funding for kindergarten through grade 12 education and funding to create the first wholly online community college in California.

Another $4.6 billion would go toward transportation projects, including $2.8 billion for roads and bridges and $721 million for passenger rail and public transit.

Brown also pledged to fill the state’s Rainy Day Fund to its constitutional target with an infusion of $3.5 billion, bringing the fund’s total to $13.5 billion.

The proposed budget marks the first time the state’s coffers will be bolstered from sales taxes on marijuana, which became legal for recreational use on Jan. 1.

In 2011, when Brown took office for a third term as governor, California faced an unprecedented debt of $35 billion, a sum that has been whittled down to $6 billion today.

Brown, who was elected to his first two terms as governor in 1974 and 1978 before returning to the governor’s mansion in 2011, has positioned California as a bulwark against the conservative policies of Republican US President Donald Trump by vocally advocating for continuing healthcare expansion and combating climate change.

The budget plan is likely to change in the coming months as lawmakers battle for pet causes and the state’s revenues are recalculated before the next fiscal year begins in July. Both houses of the California legislature are controlled by Democrats.