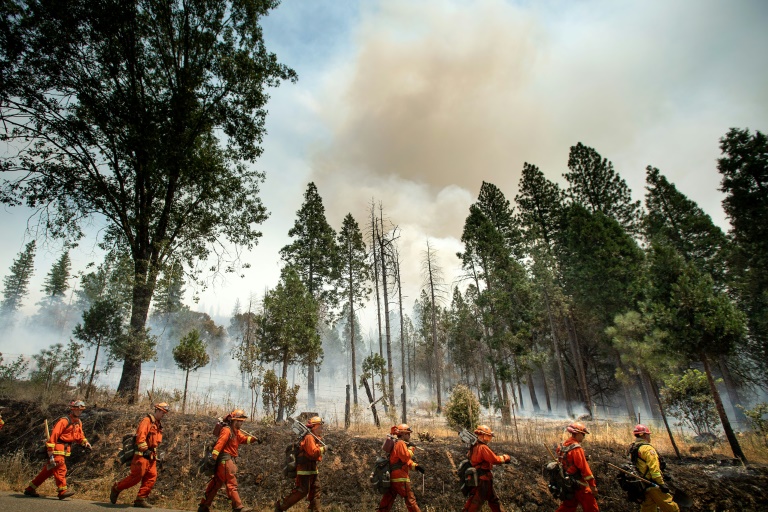 "Weather forecasts are calling for hotter and drier air throughout the week as conditions align for critical and extreme fire weather in the coming days," InciWeb, an inter-agency incident reporting site, said.

Two DC-10 tanker planes and 46 helicopters have been used to slow the spread of the fire, while firefighters on the ground were working with heavy equipment to protect Yosemite National Park, which is east of the fire.

Since the fire broke out in the Sierra Nevada mountains July 13 a 36-year-old firefighter has died and six others have been injured.