Call in Iran for footballers to be punished over Japan melee 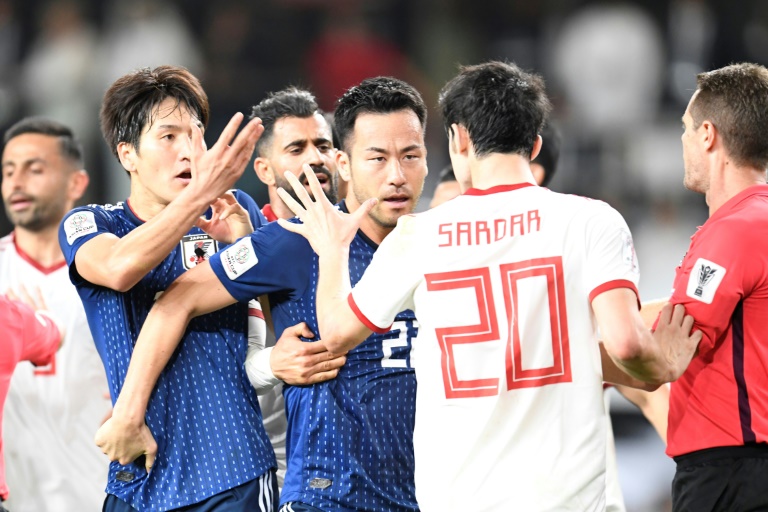 A prominent Iranian politician on Tuesday called for players in the country's national football team to be punished for clashing with their Japanese opponents after losing in the Asia Cup semi-finals.

In the dying minutes of Iran's 3-0 defeat to Japan on Monday, striker Sardar Azmoun slapped Japan midfielder Gaku Shibasaki in the face, sparking a melee that also involved his teammates Ehsan Hajsafi and Ramin Rezaeian.

Ali Motahari, deputy speaker in Iran's parliament, called for them to be disciplined.

"When we're accused of terrorism and violence by America and Israel, the attitude that Messrs Azmoun, Hajsafi and Rezaeian showed before the eyes of the world was a fatal blow to the Iranian nation and they must be punished," Motahari wrote on his Instagram account.

"The team that could have been Asia's champions failed due to spiritual, psychological and ethical weaknesses," added the reformist politician.

Since pulling out of the 2015 nuclear deal with Iran last year -- otherwise known as the Joint Comprehensive Plan of Action, or JCPOA -- the United States has reimposed sanctions on the country and renewed its longstanding accusations about it sponsoring terrorism.

Team Melli, as the Iran national team are known, were widely criticised for their performance against Japan on Tuesday.

The conservative Vatan-e Emrooz daily published an article about them titled "Parjam," which is a play on the Farsi term for the JCPOA (Barjam) and translates as "the cup is lost".

It described a protest by Iran's players over an edge-of-the-box challenge as "childish" and said it distracted them and opened the way for Japan to score their first goal and gain the momentum that took them to victory.

The Iran Football Federation steered clear of the controversy, however, praising the team's "sincere efforts and endeavour" and thanking outgoing coach Carlos Quieroz of Portugal for his eight-year tenure.