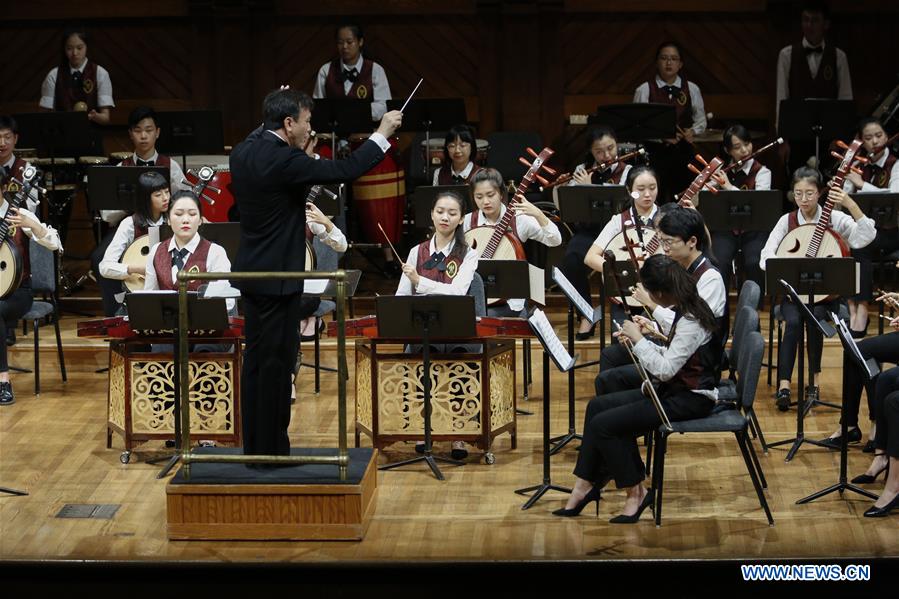 Erhu, guzheng, suona, pipa, and more -- Chinese traditional music instruments which appear mysterious to many Americans, caused quite a stir Saturday at the Sanders Theater at Harvard University.

The concert was presented by a group of young Chinese and American students, aged between 13-22, from the Bard Youth China Orchestra (BYCO). They staged their maiden show Friday night at Bard College about 150 km north of New York.

"I hardly knew that they were students. I was totally blown away actually, by the rhythms, by the range of the melodies and the force of the music. I feel like I was witnessing a new age, a new export product for China -- music!" said Donald Westmore, who drove from a neighbouring town to the concerts.

"I've been to China several times. So I wouldn't miss anything that would from China here because I know how special it is. I've tried to expose people who have never seen it before to that culture, because we often get (an) Americanized feeling, so for me that's important to share, so that people know how beautiful and rich your culture is, it's a beautiful culture," said Linda Schwab Edmundson, another audience member.

Conducted by Jindong Cai, the concerts featured a range of works for orchestra, from the classical to the modern.

"I am very happy to see that the children have shown their talents by giving it such a great start for our Sino-American music cooperation program," he said.

The BYCO aims to give talented young Chinese musicians the opportunity to perform in the United States, and provide US audience an opportunity to listen to music rarely performed outside of China, Cai said.

The US-China Music Institute of the Bard College Conservatory of Music was formed in 2017 with the goal of creating a major platform in the United States for the study, performance, and appreciation of contemporary Chinese music, Cai said.