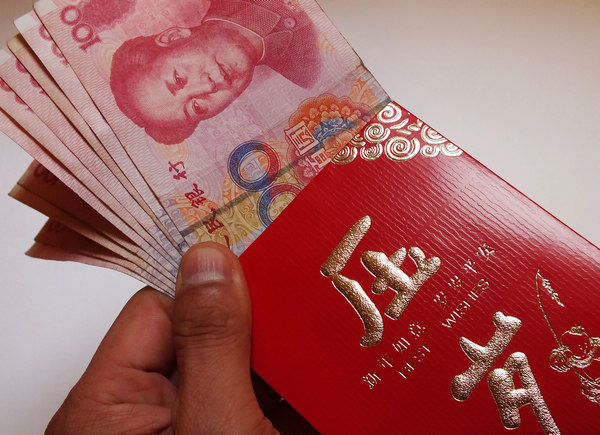 A number of confirmed COVID-19 cases and clusters have been reported in some parts of China of late, revealing the loopholes in the pandemic prevention and control measures especially in rural areas. Against this backdrop, the Spring Festival travel rush could drastically increase the number of infections.

Keeping these facts in mind, the government has tightened the prevention and control measures, and local authorities in many places have asked people to stay where they work during the Spring Festival holiday to avoid infection. Some local governments have even unveiled plans to give people, especially migrant workers, special subsidies－something like hongbao (red envelopes with money) gifted during Spring Festival－to persuade them to not travel during the holiday.

As the biggest festival in China, Spring Festival usually sees the world's largest human migration as people across the country travel back home to celebrate the Chinese Lunar New Year with family and friends. This year, according to the Ministry of Transport, about 1.7 billion passenger trips are expected to be made during the festival travel rush, but now the figure may shrink rapidly.

However, the Spring Festival travel rush is much more than just human migration. It is also about the development gap between urban and rural areas. According to official data, China has more than 290 million migrant workers, accounting for 20.7 percent of the country's total population, and about 157 million of them work in the urban centers of the eastern coast. And more than 75 million workers have migrated to other provinces for work, with 64 million of them moving from the central and western regions to the eastern region.

The primary reason for the annual human migration is unbalanced urban-rural development, and the economic disparities among different regions. For example, per capita disposable income of urban residents was 43,834 yuan in 2020, compared with only 17,131 yuan for rural residents.

And although the average income of migrant workers was 53,000 yuan in 2019, rural residents who work in cities do not have equal access to even basic public services. True, more and more local authorities are easing strictures on hukou (household registration), but migrant workers still cannot enjoy the same rights as urban residents－for instance, they are not entitled to government-funded affordable housing.

And their hukou status, although it does not prohibit them from buying a house, restrains them from doing so. As a result, in 2018, only 2.9 percent of migrant workers were able to live in government-funded affordable houses.

Moreover, migrant workers cannot get their kids enrolled in government-run schools in cities, and some migrant workers' children cannot take the college entrance exam in the city their parent/s work.

Since the hukou system makes it very difficult for migrant workers to buy a house and settle down in a city, they don't consider the city where they work as "home" and choose to return to their hometown at least once a year, mainly to celebrate Spring Festival.

This year, however, the subsidies given by city governments and the requirement of a negative nucleic acid test certificate to travel could prompt some of them to stay where they work. So it is likely that fewer rural workers will travel during the Spring Festival holiday this year.

Yet it would take years to see a substantial change in the mass human migration during the Spring Festival holiday, because temporary subsidies and medical restrictions alone cannot end the social exclusion of migrant workers. Well-worked-out, long-term and effective policies, which are sensitive to migrant workers' needs and social status, are needed to resolve this knotty issue.

The easing of the hukou policy in different places shows local governments' willingness to accept migrant workers as urban residents.

But to expedite the process, the government needs to intensify people-oriented urbanization and high-quality development, and make more efforts to narrow the economic gap between rural and urban areas and help people to work in or near their hometowns. The government also needs to deepen policy reform to ensure migrant workers enjoy the same rights as urban residents. Only an inclusive society can empower the migrant workers and only a responsive city can make them feel at home.

The author is deputy director of School of Public Administration at Nanchang University. The views do not necessarily reflect those of China Daily.