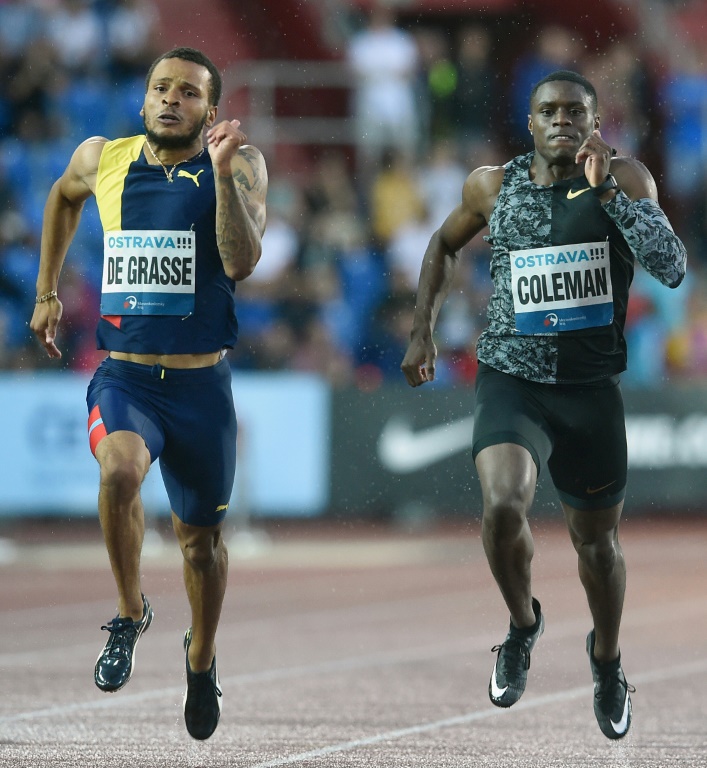 Andre de Grasse looked the heir apparent to Usain Bolt as he won three Olympic medals in 2016, but the Canadian lines up at the Birmingham Diamond League meeting on Sunday needing establish himself again.

The 24-year-old will contest the 100 metres, an event that is still seeking a successor to Bolt as the undisputed master.

Testament to Bolt's greatness is that, almost 10 years to the day since the Jamaican set the 100 metres world record at the world championships in Berlin, his time of 9.58 seconds still stands as the mark to beat.

De Grasse has been deprived of the chance to match himself against the world's current fastest man, Christian Coleman, who has run 9.81sec this year.

The American has withdrawn from Sunday's meeting offering the opaque explanation that he cannot compete as "a result of complications occurring after practice this week".

De Grasse, though, is delighted to be back and injury and illness free.

A torn hamstring cost him appearances at the 2017 world championships in London -- Bolt's farewell on the big stage -- and the 2018 Commonwealth Games.

He suffered a bout of glandular fever last summer and has had to sit by and watch Coleman, who also ran the fastest 100m last year, steal the limelight and take over the heavy mantle.

"Seeing new names come in and I wasn't in the mix definitely hurt just sitting back and watching," he told The Daily Telegraph last month.

"I tried to use that as fuel to make it back and be at my best at the top again."

De Grasse broke 10sec this year when he ran 9.99 at the London meeting last month, but that only puts him a tie for the 13th fastest in the event this season.

He says that, after the luck he has had over the past three years, he is not going to rush himself ahead of the world championships in Doha at the end of September.

"I know it's going to take a while to be back where I was and start running personal bests, but I'm happy with my consistency and I know that when it's time for me to peak for the World Championships the times will come," he said.

"The World Championships are late this year, so by then I should be in great form.

The women sprinters too should offer a good spectacle in a 200 metres packed with talent.

Fraser-Pryce, the 32-year-old two-time Olympic 100m champion, will be running the longer sprint distance at a Diamond League meeting for the first time since 2014.

However, she comes into it on the back of winning the Pan-American Games title in Lima in 22.43 seconds, a time that broke American Evelyn Ashford's 40-year-old event record.