Centuries before it became the sub-administrative center for the Beijing municipal government in 2015, the Tongzhou District, located on the southeastern side of the city, was once a major granary storage site and commercial hub for the Yuan (1279-1368), Ming (1368-1644) and Qing (1644-1911) dynasties. This history is laid out in easy to understand detail at a major exhibition that kicked off at the Capital Museum in Beijing on Wednesday. 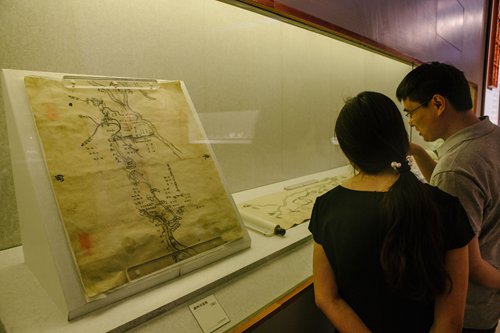 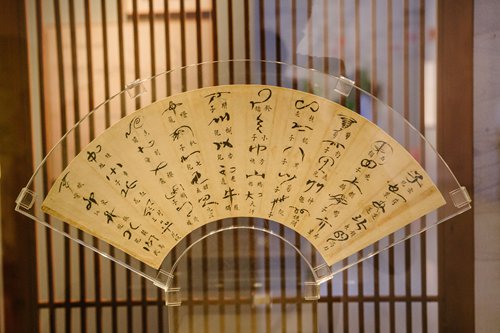 Some 169 items are on display at the Tongzhou History and Culture Exhibition to showcase the district's history from the prehistoric era to the Qing Dynasty. Highlights include several of the latest relics found at the Ancient City of Luxian Excavation site, which was listed as one of the top 10 archaeological discoveries of 2016.

"The exhibition, which is based on the archaeological discoveries made in the district as well as historical records about Tongzhou, aims to showcase the district's history in a systematic way not just by displaying ancient relics, but by also introducing the stories that are connected to them," Yu Ping - the associate head of the Beijing Municipal Administration of Cultural Heritage, one of the show's major organizers - said at the show's opening ceremony on Wednesday.

Organized in chronological order into four sections, the exhibition explores how the district developed from a small county in the ancient region of Youzhou -  a region that covered what is now Beijing, Northern Hebei Province and parts of Liaoning Province - to a major commercial river hub and royal power center.

"Previously, my impression of Tongzhou was of a suburban area that only recently grabbed public attention because it was chosen as a sub-administrative center, but it is interesting to learn that the district had actually been a key area since ancient times," Wu Lin, a visitor who lives in Beijing, told the Global Times at the exhibition.

The first part of the exhibition unveils the district's early history through displays of Shang Dynasty (1600-1046BC) pottery, bronze containers and stone tools, while the second section focuses on the district's history from the Qin Dynasty (221BC-206BC), when it officially became a county, to the Tang Dynasty (618-907).

The third and the fourth parts focus on Tongzhou's role as the end stop of the Grand Canal, the waterway that southern food producers used to ship their goods to Beijing, the royal capital from the Yuan to the Qing.

"For the Ming and Qing section, we put on display a series of luxury items such as gold, silver and lacquer works to showcase the district's prosperity during that time when it was a key hub along the Beijing-Hangzhou Grand Canal," Gao Hongqing, a member from the museum's Beijing History Research Department who took part in organizing the exhibition, told the Global Times.

Moreover, around 18 sets of Yuan porcelains from the remains of the ancient city of Luxian, two ancient maps depicting the waterway running through the district as well as written materials that provide insight into the inner-workings of the port number among the section's most eye-catching exhibits.

A Qing Dynasty code fan, some 61 centimeters in width when opened and covered in various eye-catching symbols, was an interesting tool used by those who oversaw food delivery "to prevent malpractices by agents during the inspection process," Gao told media.

The fan acted as a type of decoder that allowed managers at the port to identify which agent, each of whom had been assigned a different symbol, had inspected a particular shipment. The agents would mark their symbol onto shipments that passed inspection.

The exhibition will run until July 22.