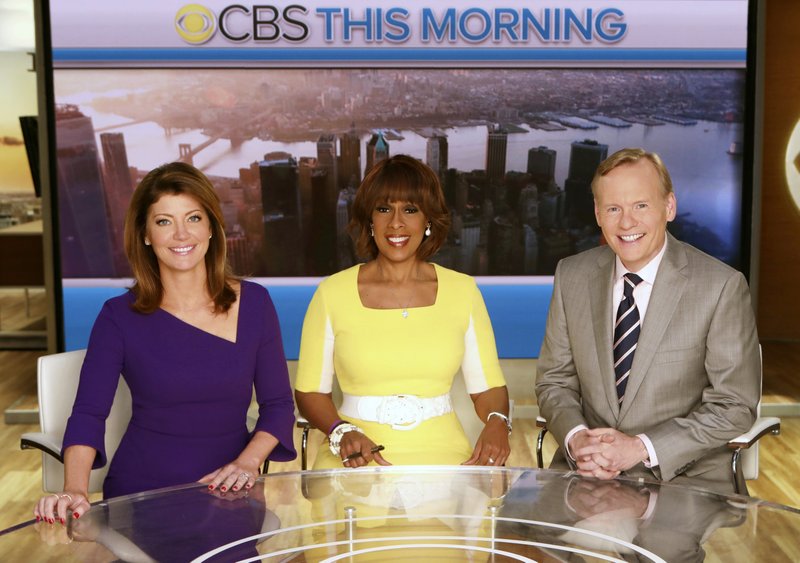 CBS News is replacing the top executive at “CBS This Morning,” which has struggled to maintain its footing since Charlie Rose was fired a year ago on sexual misconduct charges.

The network announced Friday that executive producer Ryan Kadro will be leaving “CBS This Morning” and the network. He’s been with the show since its 2012 launch and been running it since his predecessor, Chris Licht, left to take over Stephen Colbert’s “Late Show” three years ago

CBS said Kadro’s exit had nothing to do with the network’s settlement this week of a lawsuit filed by three women concerning Rose’s behavior that had faulted management, including Kadro, for not acting to stop him.

No replacement has been named.

Kadro, in a note to his staff, said he had been discussing his future with CBS News President David Rhodes since September. His contract expires at the end of the year.

“Through our discussions, I couldn’t shake the feeling in my gut that I need a new challenge, and a serious nap,” Kadro wrote. “It’s the natural course of things.”

“CBS This Morning” had generated significant momentum in the lucrative morning marketplace earlier in the decade with a newsier approach led by the on-air anchor team of Rose, Gayle King and Norah O’Donnell. While it remained third in the ratings to ABC’s “Good Morning America” and NBC’s “Today” show, its audience grew and it was competitive with its rivals for the first time in a long time.

After Rose’s departure, that momentum halted. All of the network morning news shows are losing audience, but none as quickly as CBS. The show has been averaging just under 3.2 million viewers this year, compared to 3.6 million before Rose’s exit in November 2017, the Nielsen company said.

Rose was replaced by John Dickerson, the former “Face the Nation” host. In October, Bianna Golodryga was added as a fourth anchor.

CBS had said earlier this week that it had settled its portion of a lawsuit filed by two former “CBS This Morning” employees, Katherine Brooks Harris and Yuqing Wei, and a third woman who worked as Rose’s assistant, Sydney McNeal, who had accused Rose of unwanted physical contact. The lawsuit said one of the women had warned Kadro of Rose’s behavior but that nothing had been done; CBS said Kadro had a different recollection of the discussion.

CBS News said the settlement was unrelated to the change.

Finding a new leader for its morning show and entrusting that person to turn things around isn’t the only management issue Rhodes is facing.

He’s mulling a closely-watched decision on leadership at “60 Minutes,” television news’ most popular and influential program. The show’s previous executive producer, Jeff Fager, was let go in September after sending a threatening text to another CBS News reporter who was working on a story about misconduct allegations against Fager.

It’s one of the top jobs in television journalism. Bill Owens, a veteran “60 Minutes” executive who is the show’s interim leader, and “48 Hours” top executive Susan Zirinsky are thought to be two of the top candidates.

Another important show for the network, the “CBS Evening News,” has been hurting in the ratings with Jeff Glor as top anchor.