This year marks the 2,570th anniversary of Confucius' birth, which will be celebrated in autumn with grander ceremonies. 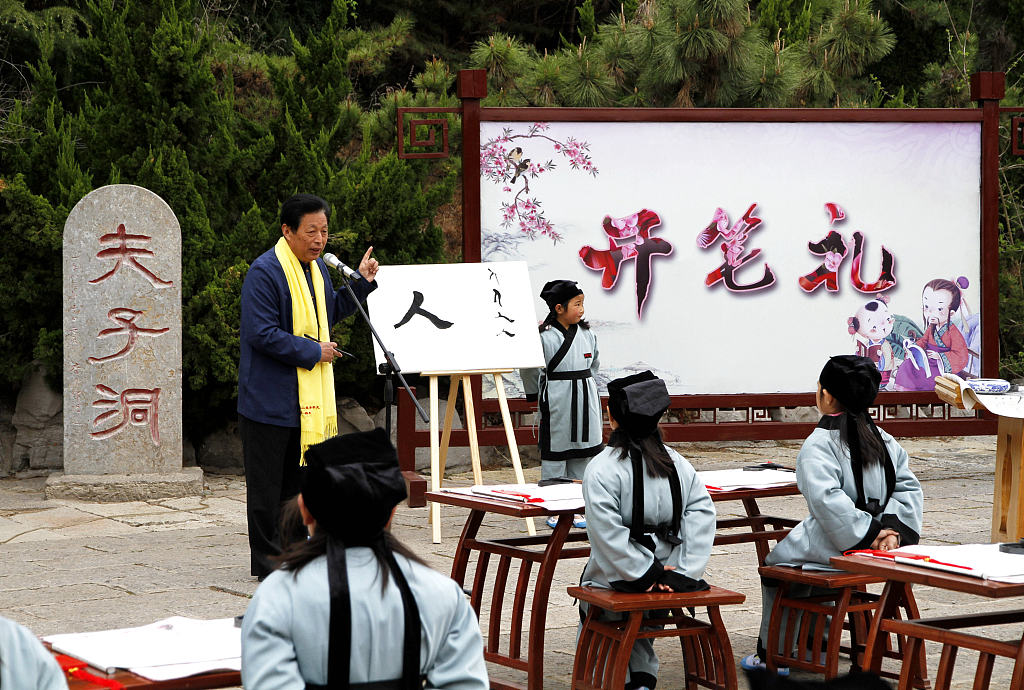 About 300 people, including Confucius' offspring, attended the rituals in Nishan Mountain in Qufu, known as the sage's hometown.

The rituals included offering incense, laying flowers and bowing toward the statue at the Confucius Temple. An elegiac oration was given by Peng Zhaohui, mayor of Qufu.

Confucius (551-479 BC) was an educator and philosopher who founded a school of thought, deeply influential on later generations, known as Confucianism. He also set up the first private schools in China that enrolled students from different social classes.

For thousands of years, Confucius has been regarded as a symbol of China's traditional culture as well as the country's intellectuals.

Annual commemorations of Confucius' birth started in 478 BC, the year after his death. There are currently about 1,300 Confucius temples worldwide, many of which hold ceremonies on the anniversary of his birth.