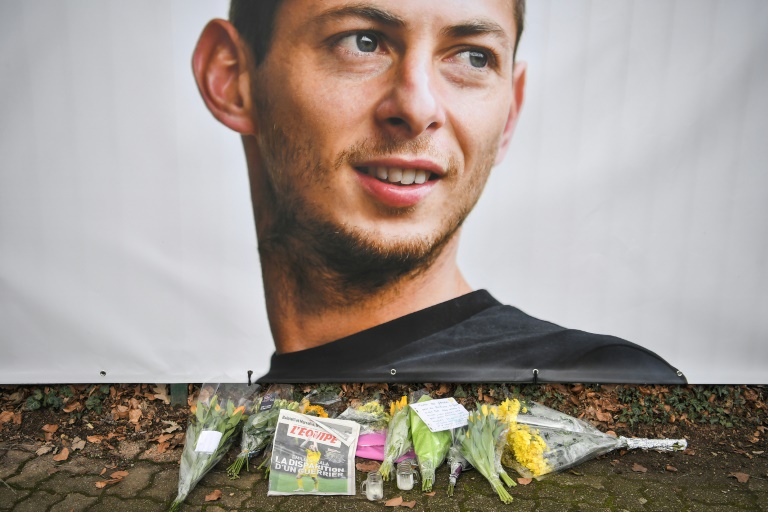 Police on Thursday ended their search for Premier League player Emiliano Sala, saying the chances of finding the Argentine alive three days after his plane went missing over the Channel were "extremely remote".

The light aircraft transporting the 28-year-old striker, who signed for Cardiff City at the weekend, disappeared from radar around 20 kilometres (12 miles) north of Guernsey on Monday night.

The tiny island sits off the northern coast of France.

"We reviewed all the information available to us, as well as knowing what emergency equipment was on board, and have taken the difficult decision to end the search," Guernsey said in a statement.

"The chances of survival at this stage are extremely remote."

The police said they have informed the next of kin of Sala and the missing pilot, who has been identified as David Ibbotson.

The police said teams from the Channel Islands, the United Kingdom and France had searched an area of approximately 1,700 square miles (4,400 square kilometres), "with a significant amount of this searched more than once".

'It's going to fall apart'

Sala, who signed on Saturday from French club Nantes for a reported fee of 17 million euros ($19.3 million), was flying to Cardiff in a single-engine Piper PA-46 Malibu aircraft.

Britain's Air Accidents Investigation Branch (AAIB), which is probing the disappearance, said the plane was registered in the United States.

It has emerged Sala expressed concerns about the jet on the flight, according to an audio message sent to friends and relatives.

"I'm on a plane that looks like it's going to fall apart," the rising star said in a rambling WhatsApp audio message from on board.

Police earlier said rescuers had spotted "a number of floating objects in the water" but had not been able to confirm whether these were linked to the plane.

British media said the pilot Ibbotson was a 60-year-old married father of three who lived in Scunthorpe in northern England.

Football agent Mark McKay confirmed Thursday he was involved in making the travel arrangements for Sala between France and Wales through the player and his agent Meissa N'Diaye.

"I began to look into arranging a private flight to take him to Nantes on Saturday morning," he told Britain's Sky Sports News.

"That evening, it was confirmed a plane was available to fly Emiliano on Saturday which could remain in Nantes until he was due to return to Cardiff.

"I have been in contact with officials from Cardiff and the player's agent over these difficult past few days and will continue to do so."

In Sala's Argentine hometown of Progreso, his father Horacio told the press on Tuesday that the wait for news "makes me fear the worst".

The striker, who had been at Nantes since 2015 and had scored 13 goals in all competitions this season, had signed a three-and-a-half-year contract with relegation-threatened Cardiff subject to receiving international clearance.

Flowers and scarves were laid outside the club's stadium.

Tributes were also paid to Sala at several French Cup matches this week, while his former Nantes teammate Yacine Bammou raised his hands towards the sky in an emotional celebration after scoring for Caen on Wednesday.