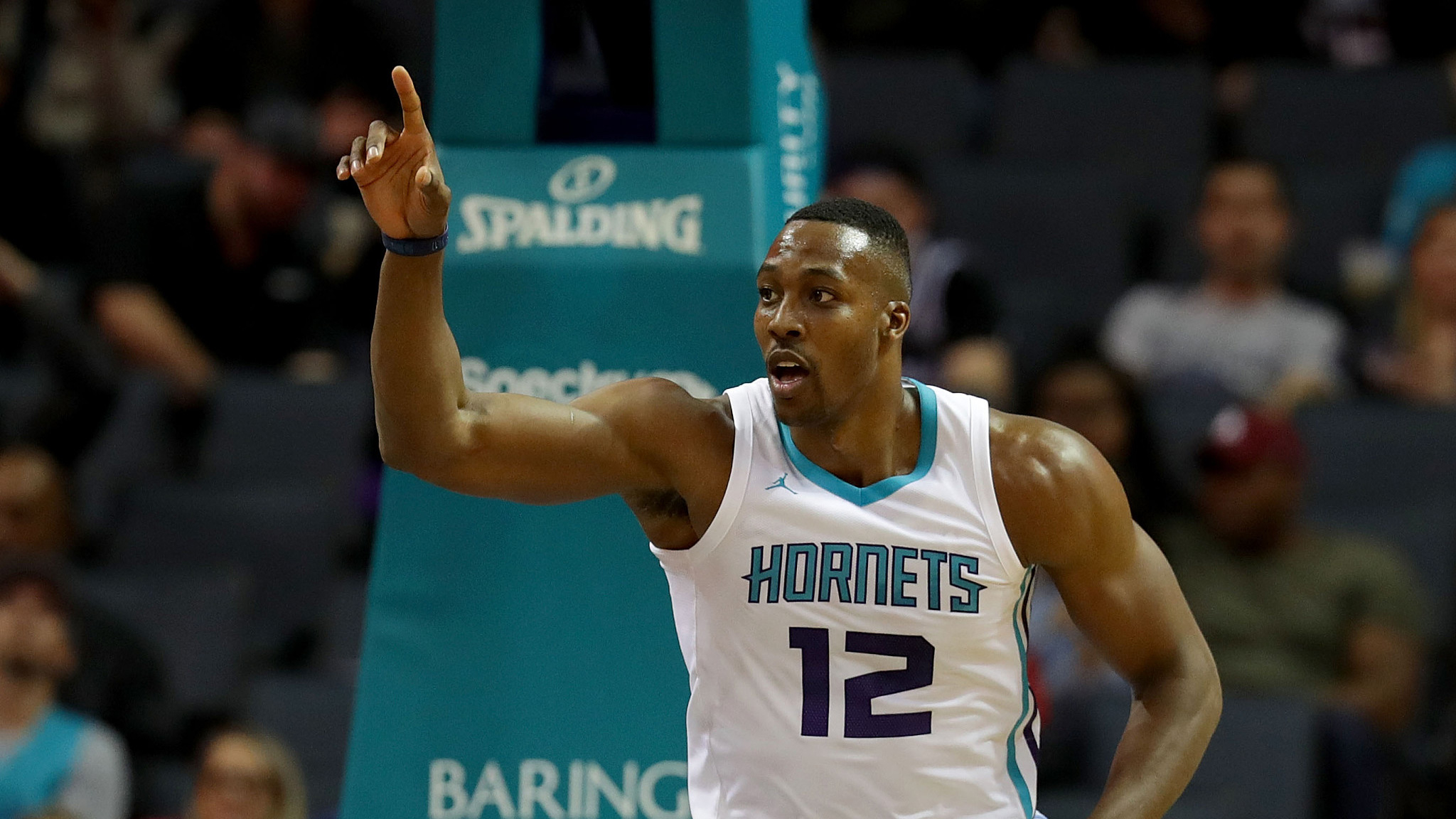 NBA's Charlotte Hornets have sent three-time Defense Player of the Year (DPOY), Dwight Howard to the Brooklyn Nets in exchange for Timofey Mozgov, two future second-round picks and cash, according to ESPN's Adrian Wojnarowski on Wednesday.

Though the number seems not big enough, Brooklyn will meet the real harvest in 2019 summer when multiple players including Howard, Jeremy Lin and DeMarre Carroll will see their contracts expire. By then, the Nets will be able to offer two maximum salary contracts to free agents on the market.

For the first time in five years, Brookline finally had a first-round pick they could use (the 29th pick). The team will not and cannot rush in team rebuilding. Pelton said their move was acceptable with only one possible problem. Howard will for sure want to play an important role at the first squad, which may hinder the development of Brooklyn's young player Jarrett Allen while what impact of this former eight-time All-Star center in the locker room remains to be seen.

By contrast, the Hornets got only a D+ for the deal. Before they sent away Howard, Charlotte had 12 players with guaranteed contracts with total salaries only 750,000 US dollars below the luxury tax line. The deal helped the team save about 7.8 million US dollars in the 2018-19 season and allowed them to sign a new player with mid-level exception without paying a luxury tax.

However, the Hornets paid the price with Mozgov who will receive about 16.7 million US dollars in the 2019-20 season. Thanks to this, Charlotte will find their hands limited in the 2019 summer. If Kemba Walker, their core player leaves as a free agent in 2019, Mozgov's contract will stop them from offering a maximum salary contract. And if Walker stays with a big contract he deserves, the Hornets will still have to get rid of a few contracts to avoid the luxury tax.

32-year Howard was performing unexpectedly well in the past 2017-18 season with 16.6 points and 12.5 rebounds per game. He is also the only one in NBA history that won DPOY for three consecutive years. However, in merely one year, he was traded by two teams, the Atlanta Hawks, and the Charlotte Hornets, in exchange for only role players or even less.

Selected by the Orlando Magic with the first pick in the 2004 NBA Draft, Howard had a great career at the beginning. In the court, he was the team's No.1 player and seen by many as the only one who could be traded alone for LeBron James. Outside of the court, he was a big, happy sunshine boy loved by the world.

All of these started to fall apart after the conflict between him and head coach Stan Van Gundy. After Howard said that only one of them could stay, the Magic decided to send him away to the Los Angeles Lakers in 2012 summer.

Instead of a new start, the Hollywood city became the beginning of Howard's nightmare. The Lakers entered the playoffs, no thanks to him after Kobe Bryant fought to rupture of Achilles tendon but only to be swept by the San Antonio Spurs when Howard contributed nothing. Then in 2013 summer he joined the Houston Rockets and met James Harden.

After the first "OK" season, problems started to emerge between the two players. In multiple games including both the regular season and the playoffs, Harden (allegedly) refused to pass the ball to Howard who, in response, behaved lazy at defense. In 2016 summer, Houston let him leave for the Atlanta Hawks.

Having signed a three-year contract with his hometown team, Howard seemed to have finally got the opportunity to play the "happy basketball" he kept talking about. To everyone's surprise, the Hawks sent him away to the Charlotte Hornets without even hesitation. Moreover, ESPN's Zack Lowe said that multiple Atlanta players celebrated after they heard the news (about Howard leaving).

After the latest deal, Howard has already created an awkward record in NBA history.  Among all players who have made it into First Team of the Year for at least five times, he is the second one that has played for six teams, next to Shaquille O'Neal.

The problem is, Shaq started changing teams when he was 36 years old, late in his career after he achieved extraordinary success in Orlando, LA, and Miami. Howard is only 32 years old and only entered the NBA Finals for once, which was already nine years ago.

Having played 14 years in the NBA, Howard has not improved with his skills but relied on athleticism in the court. As he grew older and could not jump or run like he used to, Howard could only remain in the paint area for defense while posing no threat outside of the same area for offense, not to mention his terrible free throws.

By comparison, the league's big men like Brook Lopez and Marc Gasol have already started to throw three-pointers to adapt to today's small ball era. Andre Drummond, who used to have the worse free throw problems like Howard already made good progress with the help of high-technology. Other young big guys who also lacked shooting range such as DeAndre Jordan and Clint Capela chose to focus on playing as a role player, unlike Howard, they made contributions to their teams.

Lack of skills was not the only problem with Howard. His unhealthy habit might have played a bigger issue in ruining his career. The Lakers' dietitian Cate Shanahan told the press how obsessed Howard was with sugar. He could eat over 20 candy bars a day. This habit once led to a disorder of his neural system and numbed his fingers and limbs.

The Brooklyn Nets may not be Howard's last stop in NBA. The team made this deal mainly to add more space to their payroll in 2019 summer.

Moreover, their game speed ranked No.6 last season and threw 35.7 three-pointers per game, which was the second most in the league, next to the Houston Rockets.

Simply speaking, Dwight Howard is not fit for this team, and this team will not include him in their future plan.