CULTURE Chengdu gears up to bid for 2023 Worldcon

Chengdu gears up to bid for 2023 Worldcon

With the support of the Chinese sci-fi industry and sci-fi fans, Chengdu, capital of China's Sichuan province, has put in a formal bid to host the 81st World Science Fiction Convention (Worldcon) in 2023.

Worldcon is the annual convention of the World Science Fiction Society (WSFS) and was founded in 1939. Its Hugo Awards are one of the world's most prestigious sci-fi award. China's Liu Cixin won the 2015 Hugo Award for best science-fiction novel for "The Three-Body Problem."

Wang Yating, co-chair of the bidding committee and deputy secretary-general of the Chengdu Science Fiction Society, told China.org.cn that now they have more than 10,000 supporters from all over the world for the Chengdu bid, and they were working hard to prepare for organizing and presenting 2023 Worldcon as best as they can. Chengdu is aiming to become the first Chinese city to host the high-profile sci-fi convention.

"Chengdu is the science fiction capital of China, and a mecca for Chinese sci-fi fans. The science fiction periodical - Science Fiction World - is headquartered in the city," wrote Wang and Xia Tong, another co-chair of the bidding committee and the film development director of Chinese sci-fi brand Eight Light Minutes, in a letter to William Lawhorn, co-chair of the 2021 Worldcon in Washington, D.C. in February of this year. "Over the past four decades, Chengdu has nurtured generations of science fiction writers and fans. Now, Chengdu is looking forward to a chance to welcome sci-fi fans from all over the world."

If they succeed, the main venue for 2023 Worldcon would be the Chengdu Century City New International Convention & Exhibition Center, located in the southern urban district, covering a total area of 120,000 square meters.

Lawhorn encouraged Chengdu's bid. He hoped Worldcon could expand its scope of influence to more places on earth. "Only by hosting at different places, can our world-class convention remain diverse and keep growing our sci-fi family." Lawhorn said, "We need Chengdu and China to become a part of our global sci-fi family."

Wang said they had prepared a campaign in China and will teach Chinese sci-fi fans how to help with the bid. Recently she briefed a sci-fi film industry forum held during the 24th Shanghai International Film Festival about the latest progress of the bid. 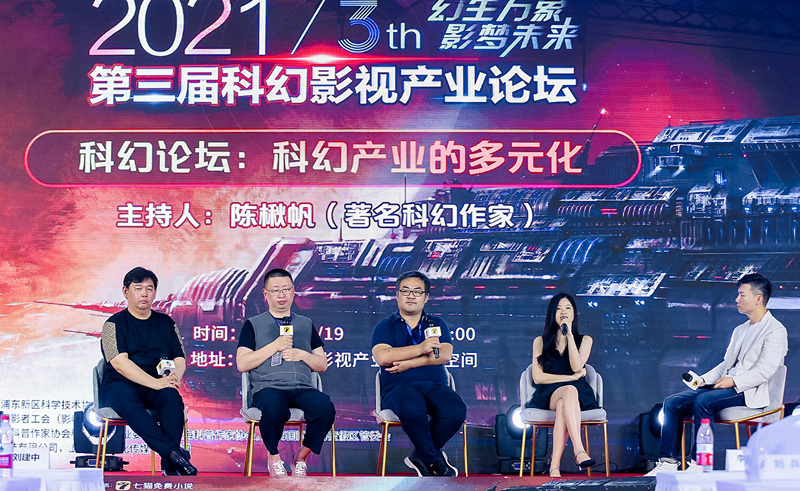 Chengdu is competing with Winnipeg in Canada and Memphis in the United States. The allocation of the 81st Worldcon will be voted on by delegates from around the world at the 79th Worldcon in December 2021. Nice of France also once tried to bid for 2023, but due to impacts of COVID-19, its committee chose to postpone their bid.

"Chengdu has an abundant experience to accumulate profound sci-fi culture and history. It is a city with a sci-fi atmosphere, strength to host the event, and plenty of determination and attitude," said Chen Qiufan, a prominent sci-fi writer.

As Chinese sci-fi is booming, experts believe if Chengdu can host the sci-fi convention, it may promote the further development of the Chinese sci-fi industry, foster talent and encourage cross-industry integration.