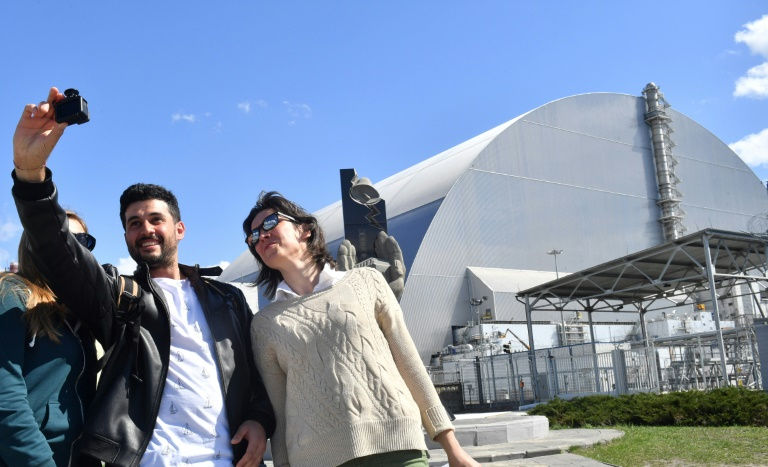 The huge metal dome that now covers the fourth reactor of the Chernobyl nuclear power plant is one of the main tourist attractions.(Photo: AFP)

Camera? Check. Sunglasses? Check. And a Geiger counter? Check. For a growing number of thrill-seekers visiting Chernobyl's radiation-contaminated lands the device is used to help navigate the site of what remains the world's worst nuclear accident.

The uninhabited exclusion zone, a 30-kilometre (19-mile) radius around the former nuclear power station, has seen a surge in tourists in the past few years.

70 percent of visitors were foreigners.

"(I wanted to) see something totally different," said Maja Bandic, a Croatian in her 50s, who described the day as "amazing".

A souvenir kiosk at the main entrance to the exclusion zone sells T-shirts and fridge magnets with the black-and-yellow radiation warning symbol as well as Soviet-era gas masks.

It is even possible to stay a few nights in a basic hotel or one of two hostels near the power station. 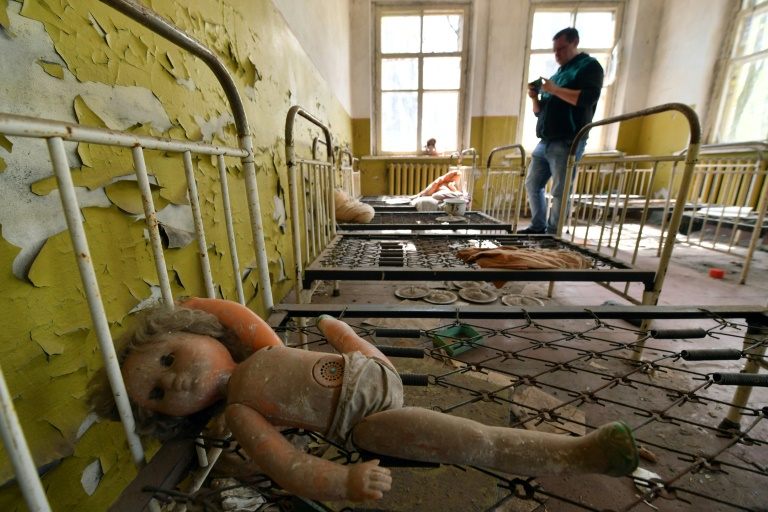 The number of visitors to Chernobyl in 2017 rose 35 percent on the previous year, reaching almost 50,000 people mostly from abroad.(Photo: AFP)

Viktor Kharchenko, whose travel agency Go2chernobyl.com has run tours to the site since 2012, says the growth in visitor numbers came after the 30th anniversary of the disaster in 2016 and the installation that year of a huge metal dome over the damaged reactor that significantly reduced radiation leaks.

These developments were widely covered by international media and alleviated people's fears over whether it was safe to visit Chernobyl, Kharchenko said, arguing that the risk to tourists is minimal.

"A day's stay in the area equals two hours of flying over the Atlantic Ocean in terms of the dose of radiation absorbed," he says. 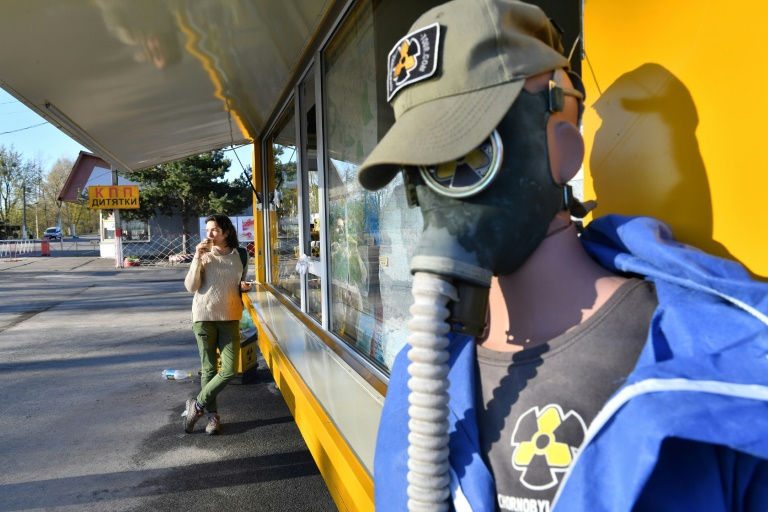 A souvenir kiosk at the main entrance to the exclusion zone sells T-shirts and fridge magnets with the black-and-yellow radiation warning symbol as well as Soviet-era gas masks.(Photo: AFP)

But one of the tour group member, Joel Alvaretto, a 28-year-old student from Argentina, confessed he is "a little afraid" of radiation, since he has heard "you can see the effects later, many years after".

Leaving Chernobyl, everyone has to go through radiation checks. Members of the tour group take turns to stand inside a large dosimeter which indicates that they are all "clean."

'Nature is stronger than humans'

The activities on offer include viewing the new shield covering the damaged reactor, feeding gigantic catfish in the radioactive waters of cooling pools, and driving past the "red forest" - where pine needles turned from green to red after the accident due to absorbing massive levels of radiation. 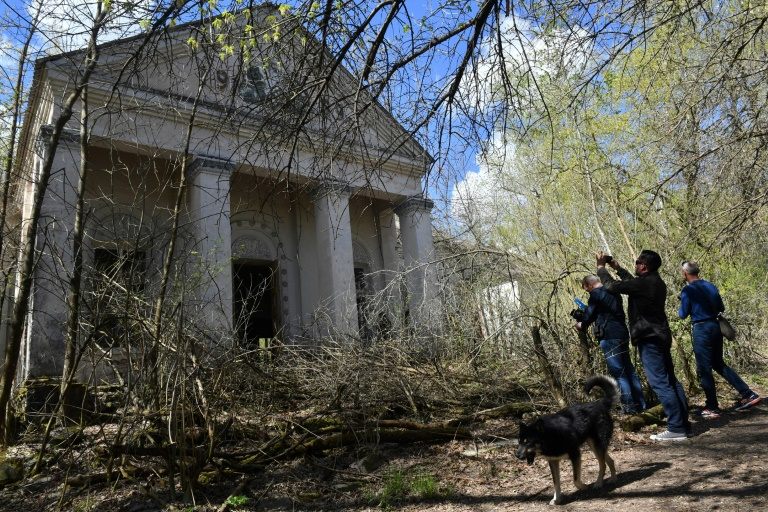 The ghost village of Kopachi near Chernobyl was one of the locations affected by the disaster .(Photo: AFP)

The trees were felled and buried during the clean-up operation, but even now, when a tour bus drives past the area without stopping, the tourists' Geiger counters all start beeping frenetically, signalling a very strong increase in radiation.

"A symphony," one of the tourists said.

The highlight of the trip is a visit to Pripyat, the ghost town built for nuclear workers a few kilometres from the plant. The nearly 50,000 residents were evacuated the day after the disaster, never to return home.

Blocks of flats and schools where children's toys, books and handwritten notes still lie abandoned and a big wheel still rises above an amusement park on the central square.

Adam Ridemar, a Swedish student who came with his father to see this "iconic place" says that it is "very cool to see all this, to see how a whole city is just a relic of what it used to be." 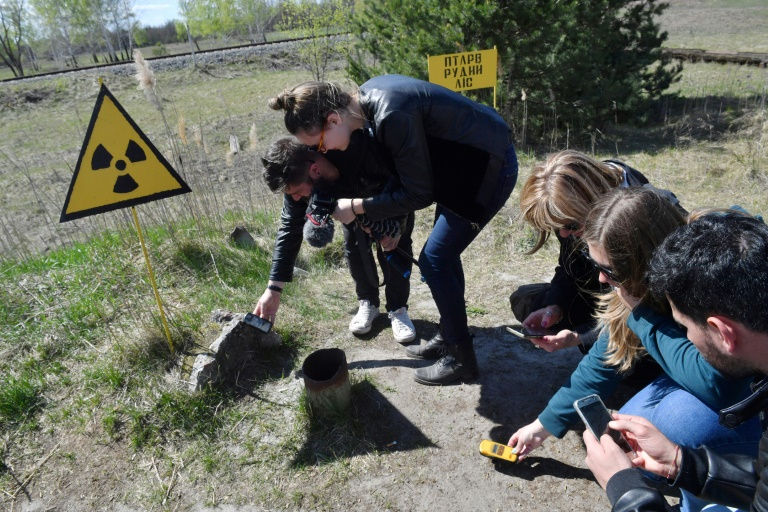 Tourists use Geiger counters to measure the level of radioactivity in the area.(Photo: AFP)

He voices surprise at the luxuriant vegetation, saying he had expected a "concrete jungle".

Nature is reclaiming this abandoned land with tarmacked roads gradually choked by wild grasses and apartment blocks disappearing behind green foliage - a sight that fascinates many visitors.

"It proves that nature is stronger than humans after all," Bandic says.