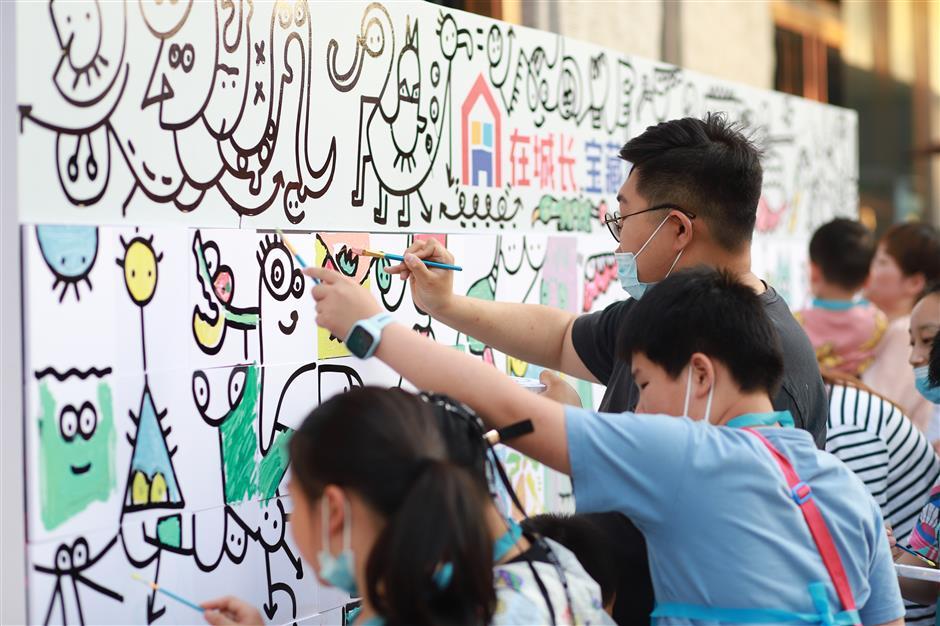 Children color in the sketch on the graffiti wall. (Photos: VCG)

Children of migrant workers are invited to a graffiti event with local artists at downtown landmarks as part of the city's ongoing nightlife festival.

Seven children attended the first session of the serial events on the Bund on Saturday night. They were encouraged to color in sketches created by two artists on a graffiti wall at the BFC mall.

The wall is made up of 150 bricks with dreams of the children written on the reverse. The participants can take away one of their favorites as souvenirs.

"I hope my parents could have more stable jobs, so we no longer need to keep moving around," one of the participants wrote on the back of his brick. Another boy wrote: "I wish my father could spend more time with me on weekends."

After all the bricks are taken away, a picture will appear to highlight the theme of the event, said Cao Haiyan, the official taking charge of the activity. 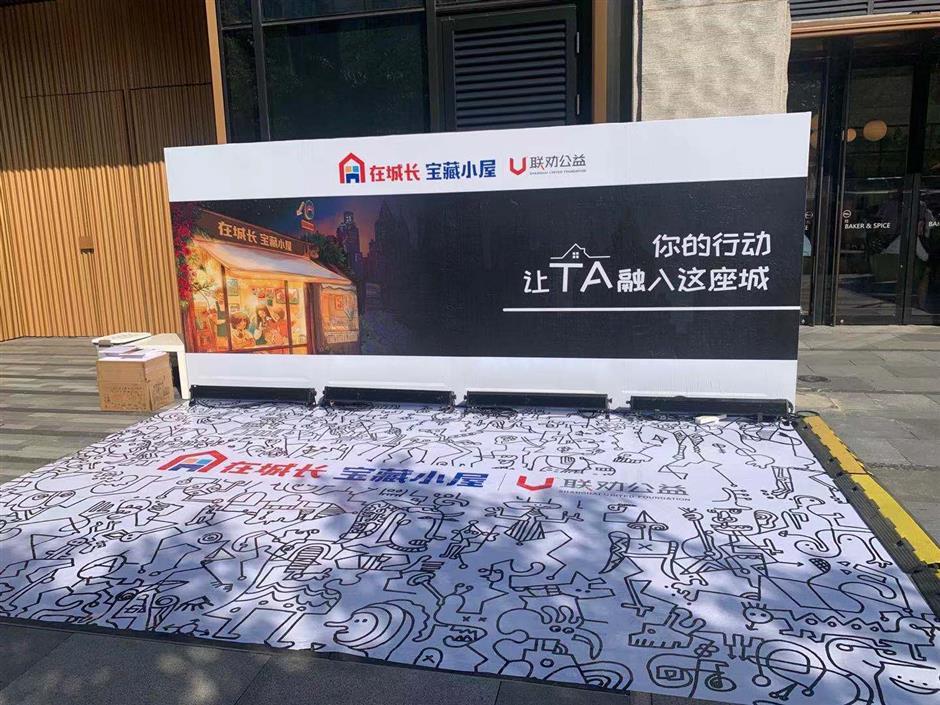 The activity was organized by Shanghai United Foundation to solicit donations for the "Treasure Hut" project. It was initiated in 2019 co-sponsored with more than 10 non-profit organizations in the Yangtze River Delta.

The public welfare project aims to help migrant children improve their adaptability in big cities and discover their bright spots. It has established 64 "huts" in seven provinces and 21 cities, benefiting more than 100,000 children.

China had 98.7 million children of migrants by 2019, accounting for more than a third of the nation's total child population, according to statistics.

"I like painting and I also like to help people in need," said Lin Sixian, a 9-year-old participant in the local event on Saturday.

The mother of Yu Ruihan, a third-grade primary student, said the event helped inspire her son to find a hobby.

The mother, surnamed Jiang, has moved to Shanghai and has worked in the city since 2002. Yu also helped the staff clean up the site at the end of the event.

"I was taught to always finish what I start," Yu said. 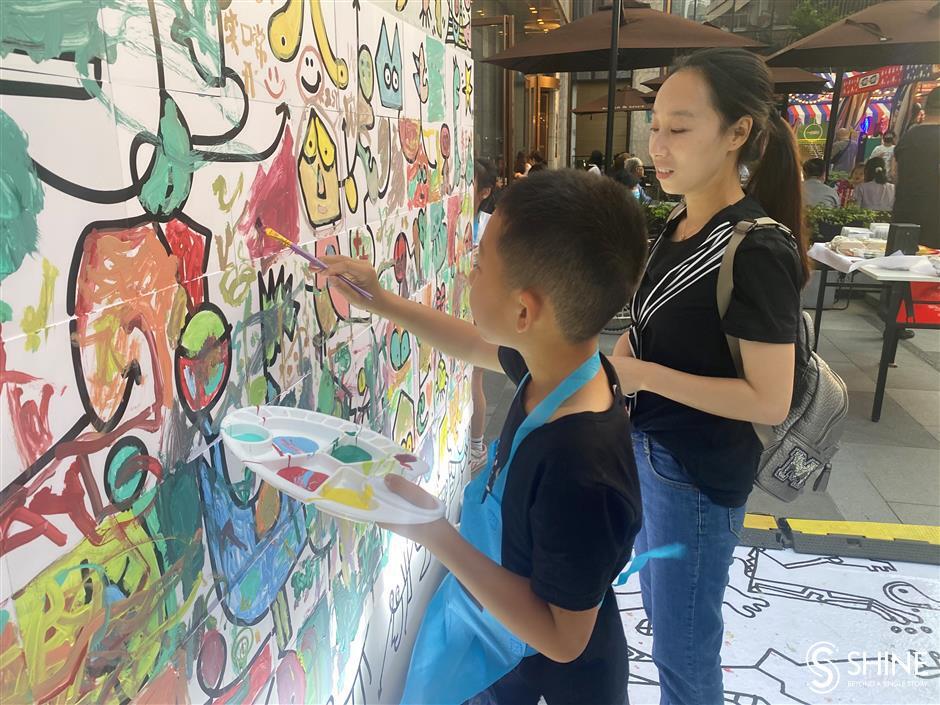 Yu Ruihan colors in the sketch with his mother.

The "Shanghai Night Festival", also known as "Double Six Night Festival," was launched on Saturday night at the mall in Huangpu District. More than 30 popular stores have extended their business hours, while 130 million coupons will be issued during the two-week-long night festival.

Six nightlife promoters have been appointed for the festival this year. Activities covering night markets, food, entertainment, museums, bookstores and sports are scheduled at 36 downtown sites.

As a highlight, a "Night at the Museum" event was launched at the Sinan Mansions over the weekend. More than a dozen key museums and cultural landmarks set up stalls at the historical mansions to promote their innovative products and host cultural activities and shows.

Another session of the graffiti event organized by the foundation will be held at the mansions on June 12.