CULTURE China and the world share the global generation gap

China and the world share the global generation gap 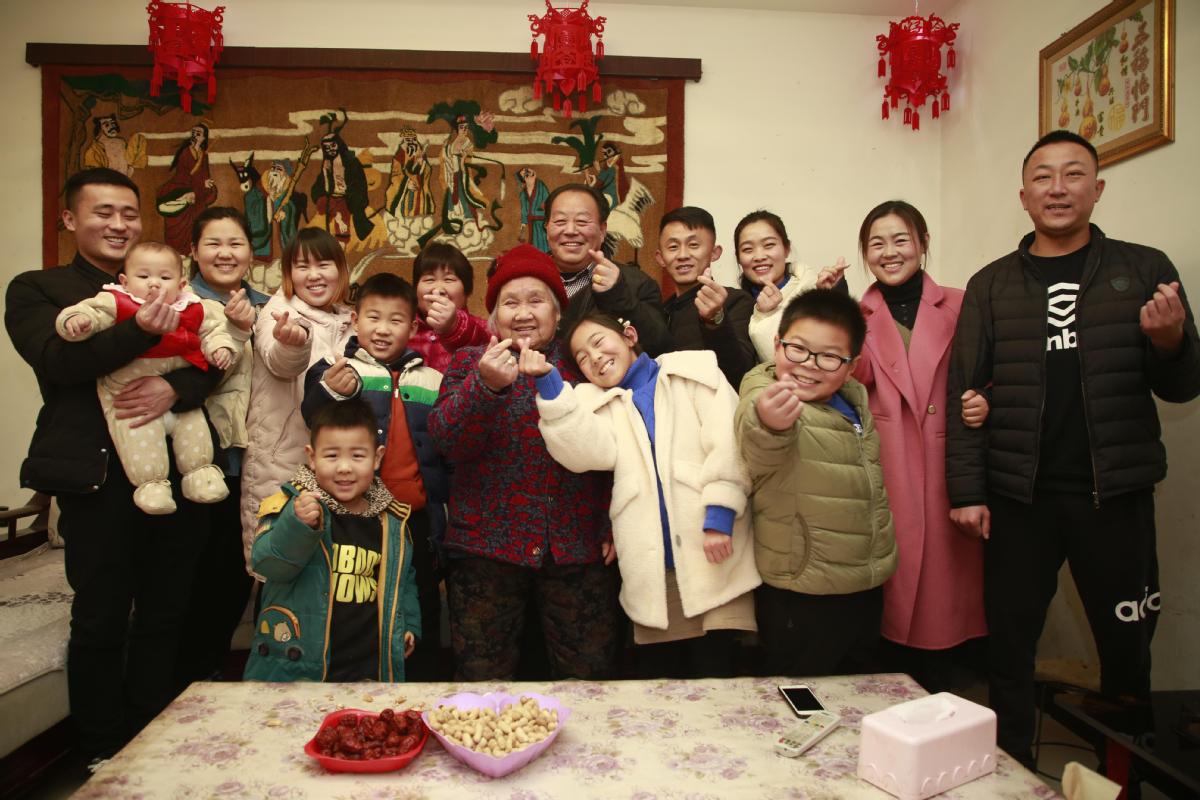 Geng Shumin (third adult from left), who shot a short video of her family that went viral on the internet, poses on Saturday in Puyang, Henan province, with other family members, who are making a hand gesture meaning "heart". (Photo: CHINA DAILY)

China's reform and opening-up over the past 40 years has been the focus of much media attention over the past several months. The challenges that China has overcome in rising out of poverty to become a modern society and the second-largest economy in the world have been highlighted by both domestic and foreign media.

The new challenges that China is facing have also been discussed. Among these, the widening income gaps in the country have been a focus of concern. This, however, is a global phenomenon as the widening of income gaps has created social dislocation in both Europe and the United States.

What observers are not noticing in China is the huge generation gap. Like the widening income gap, this is also a challenge shared in Europe and America.

Language today among young people is very different than the language used in my generation. Just as all languages evolve over time, the Chinese language over its thousands of years of history has evolved considerably.

Technology is just driving this change for language everywhere – in America, Europe, Asia – and likewise the Chinese language is changing as fast as any language anywhere.

But is this new tech language in China all that different from the language of youth in America or Europe? No.

We are living in a very competitive environment right now. Couples in many ways are thinking about their own livelihoods, about how to get by, and how to prosper.

In many cases, couples in China are not having children, but rather focusing on careers, travel and their own lifestyles.

It's no different than Europe. It's a very similar trend. With that trend, we find that that's not something related to Chinese culture, but global economics and technology.

Chinese in the past attached great importance to carrying on the family line, but today's young couples are unwilling to have children.

Is this a step forward or backward? I think this experience of China now, of couples not wanting to have children, is very similar to what's happening in Europe.

Education is increasingly expensive. And of course, you want your children to have the best education. For many young couples, in China as in Europe and North America, the costs of raising kids are prohibitive.

Moreover, technology has created the "i" generation. Young people are more centered on their own lives, living for today and happy doing that. They are less concerned about the concept of family, and even leaving a future generation to follow. Many might ask, "Why should they care? Robots will replace people anyways."

In short, due to technology and social media communications, young people in China today have more similarities with American and European youth than differences. It is the language and simplicity of communication through technology that makes the generation gap between today's global youth so distant from their parents.

One perspective is that reform and opening-up has brought Chinese young people a foundation to go beyond the material.

All the nationalism, populism, deglobalization and anger going on right now in Europe and the United States are polarizing our planet. Violence and anger are being promoted on popular social media. Polarization has gone mainstream.

I believe at the core of Asian values is a belief in harmony and synergy. Yin and yang, black and white, are not opposites. They are part of an integrated whole. Can China's youth share this ideal with the world? Can they create the apps and social media videos to do this?

I think that young people from China, India, Southeast Asia and South Asia have harmony and balance at the core of their value systems. It's in their cultural DNA.

Can we combine that philosophy with the technologies for environment, communication, healthcare and new realms such as space travel? I think we could have a very different planet in the future, and get away from some of these antagonistic, zero-sum games.

Having only one country as No 1 is a view that is only going to drive us backward, not bring us forward as a collective people on this planet.

Therefore, it's really up to us to look to the younger generation both in China and in the rest of the world. That generation is totally integrated through modern communications across the planet.

Hopefully they can look at the success of their parents, as well as the mistakes, and work together for a much better world. In them, I have hope.