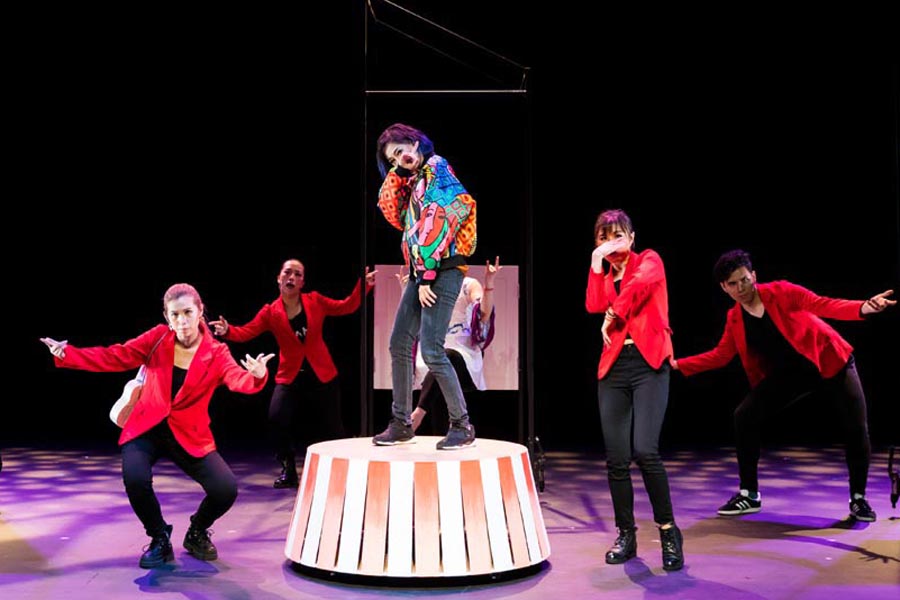 A stage photo of Sing a Song of Mine (Photo: chinadaily.com.cn)

The 12th China Arts Festival will bring a slew of art activities to the Chinese economic and art hub Shanghai.

From May 20 to June 2, more than 50 shows selected nationwide will be performed in 19 major theaters in Shanghai, over 600 artworks will go on display at the China Art Museum, and a fine selection of creative cultural products will be shown at the Shanghai Exhibition Center. The festival will include various art forms, such as opera, chamber music, dancing, painting, sculpture and photography.

As 2019 also marks the 70th anniversary of the founding of the People's Republic of China, this year's repertoire will be centered around the lives of modern Chinese people as well as the diversified and prosperous art development in the new era.

The 2019 edition is co-organized by the Ministry of Culture and Tourism and the Shanghai municipal government. Since its establishment in 1987, the festival has changed host cities in each edition, traveling to areas including Beijing, Sichuan, Jiangsu, Zhejiang and Hubei over the past three decades.

Sales of tickets have opened online, with concessionary tickets priced from anywhere from no cost up to 380 yuan ($56), according to the organizers. To allow a larger audience to access the programs, the festival will also feature live broadcasts online. "We will use new media to bring the shows to more ordinary people through livestreaming, letting them know about the modern development of Chinese arts," said Zhu Di, head of the ministry's arts department, at a news conference in Beijing on Thursday.

As China merged the Ministry of Culture and National Tourism Administration into a ministry of culture and tourism in 2018, this year's festival is also aimed at promoting tourism in Shanghai with arts. The local government has released a total of 40 culture-themed travel routes, as sideline events to guide visitors through Shanghai's iconic landmarks, according to Yu Xiufen, head of Shanghai's culture and tourism bureau.The state-level arts carnival will also announce the winners of two important prizes – the Wenhua Award and the Qunxing Award. The Wenhua Award is a triennial award established by the Culture and Tourism Ministry to honor outstanding stage performances, while the Qunxing Award is granted as the top prize for amateur artistic works.