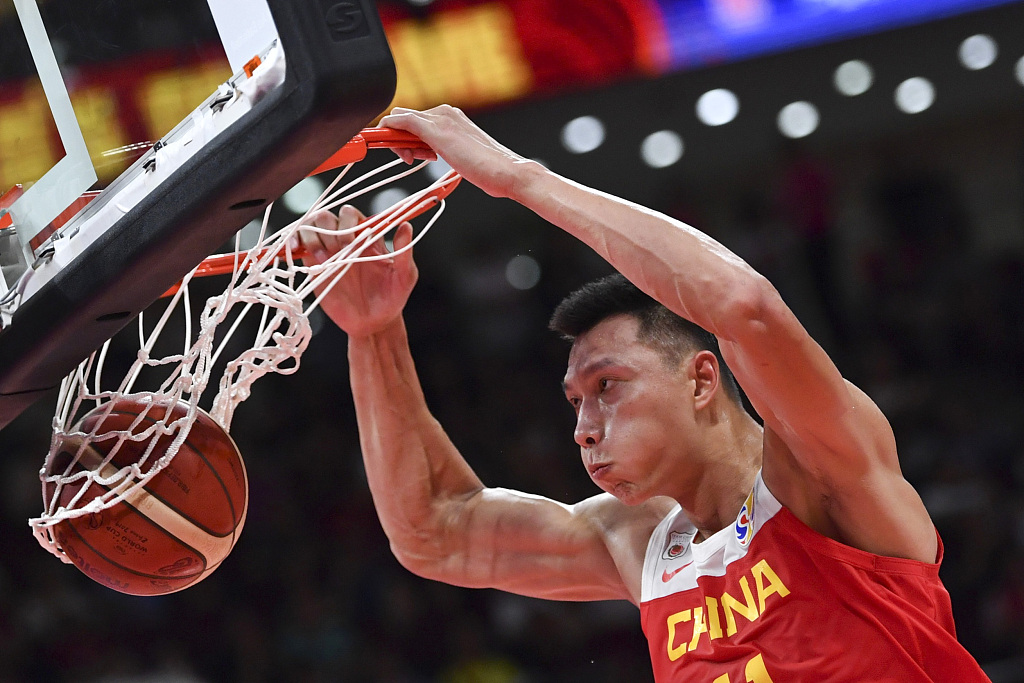 The former Milwaukee Bucks player Yi led the scoring sheet with 19 points, 17 of which came from the second half, while Guo Ailun contributed 17 points and 9 assists for the hosts.

"We did a great job tonight. The tough defence of our rivalry caused us lots of troubles in the first half, but we were more concentrated in the second half. Although we didn't make many long-range shots, we got better on both ends," said China head coach Li Nan.

The host team, under pressure from playing in front of home fans, only shot 36% from the field and missed three of six free throws in the opening quarter.

The second quarter became a seesaw battle as both sides played a tough defence. China scored 14 points from the paint in the quarter and tied the game 29-all by the half-time whistle.

After the break, the Chinese cagers had a 7-2 run to start the second half where Yi Jianlian and Guo Ailun opened fire for 26 points. The gap was widened to 51-41 by the end of the third quarter.

During the final quarter, the West African side geared up to cut the deficit, but China kept the double-digit lead and closed the game with a 15-point advantage.

"I didn't realize that our opponents had such great physical strength before the match. But we stayed patient and took the big opening win," said 26-year-old point guard Guo.

"Every single game is crucial for us. Poland is a strong team. They are better than Cote d'Ivoire if looked at overall. We need to prepare for more difficulties in that game," added Li Nan.

China will play against Poland in the second round of the tournament on Monday.