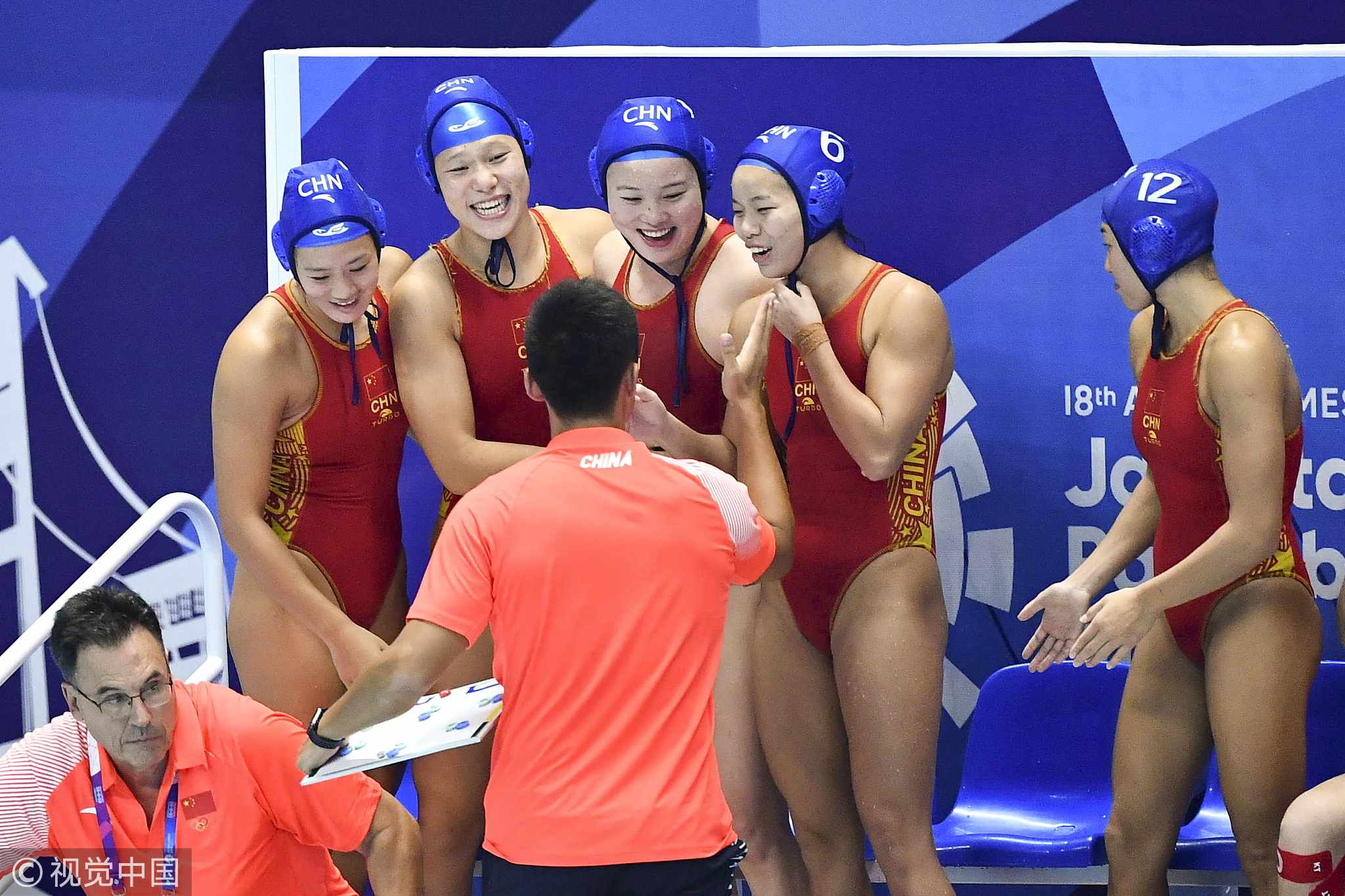 In the women’s water polo, defending champion China beat Kazakhstan 11-4 in their opening match on Thursday and continued their run of victories after defeating Japan 12-8 during the 2018 Asian Games in Jakarta on Friday.

On Thursday, Niu Guannan scored the first goal in the match and her teammates Zhang Jing and Xiong Dunhan each scored two goals. Kaz Roga Darya of Kazakhstan scored first for her squad.

Since the game was added in the 2010 tournament, China has been invincible and won the first two titles. A total of six women’s water polo teams are competing in the games this year.