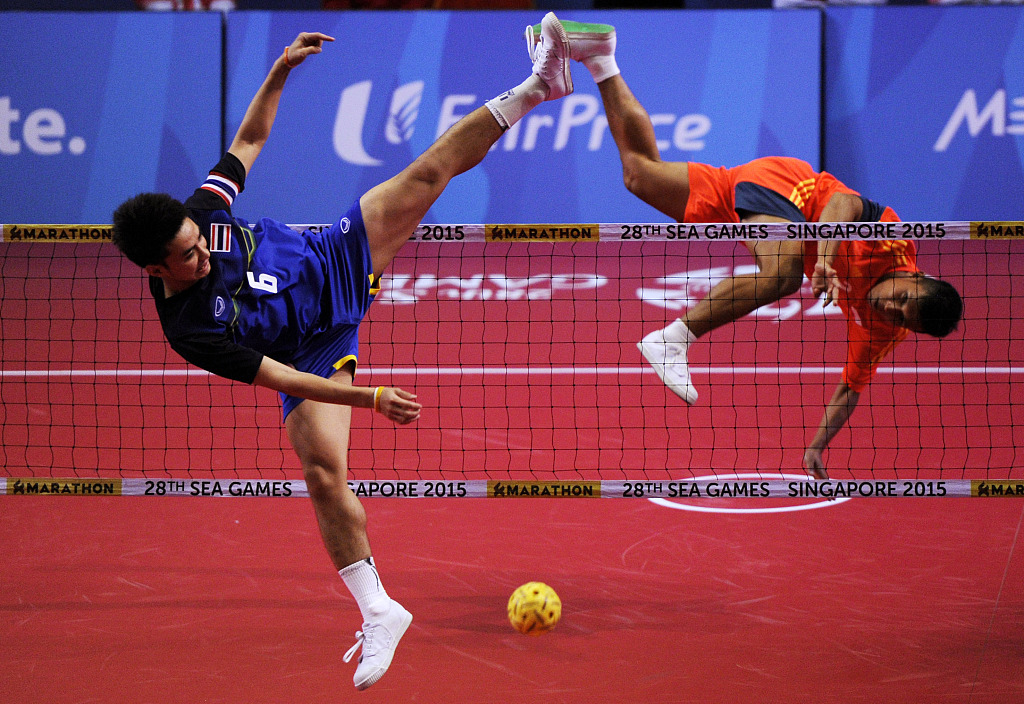 It's the first time that China has hosted the event, which includes 27 teams competing for four championship titles in the five-day competition.

In the opening match on Monday morning, China led all the way from the beginning. They won two straight games against Singapore 21-15, 21-14.

"Yunnan is near to Thailand, Vietnam, Laos, Cambodia and Myanmar, where Sepak takraw is very popular. Similar climate and living habits in these places have made people living in border areas such as Yunnan Dehong, Xishuangbanna and Linyi gradually grow to love Sepaktakraw," said Wu.

Sepak Takraw is a traditional sport in Southeast Asian countries such as Singapore, Malaysia and Indonesia. It combines the characteristics of volleyball, football and badminton, and is known for being both technical and highly intensive. In 1990, Sepak Takraw made its debut as an official sport at the Asian Games.