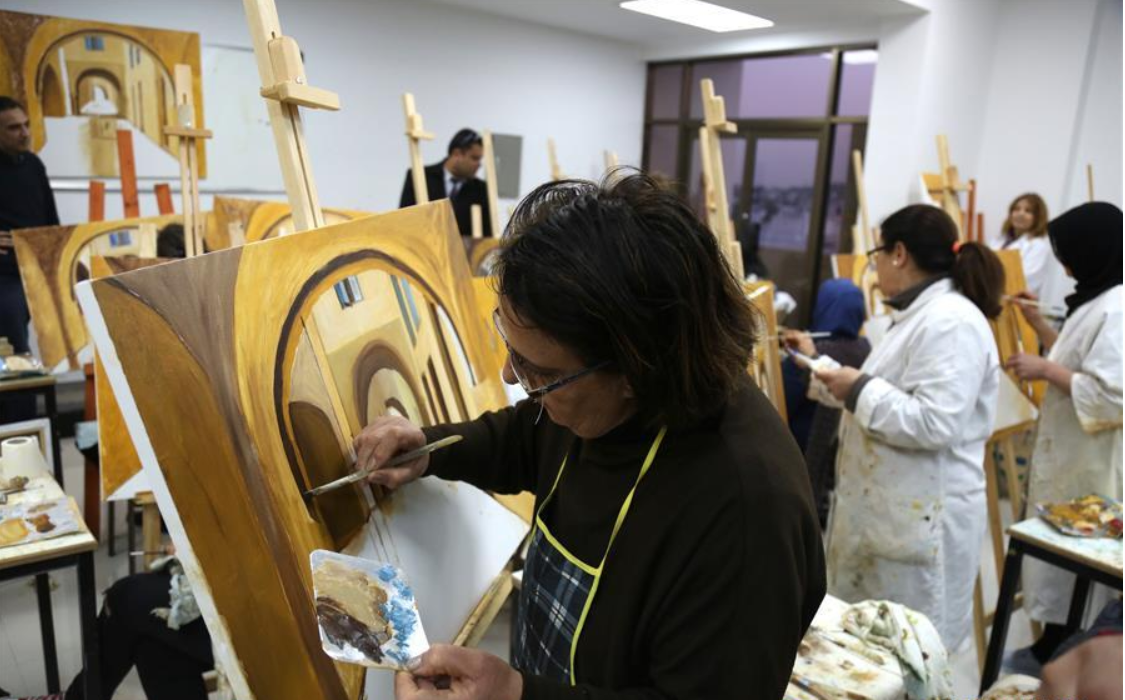 El Menzah Youth Sports Culture Center is located at a densely populated area surrounded by commercial and residential areas. Finding a parking space is always no easy job as there have always been many parents coming and going to send or pick up their children.

"The center has been in use for more than 20 years and has been one of the most important venues for young people in Tunisia", said Garbi.

The center, built with financial aid from the Chinese government in the 1980s, officially opened to public in 1990. Covering a space of 5,200 square meters, it has a theater, a swimming pool, a dancing hall, a gymnasium, an outdoor basketball yard and etc.

Jiang Tianli, vice manager of China Dalian International Economic and Technical Cooperation Group responsible for the remodeling of El Menzah, told xinhua this center was handed over to Tunisia for management after completion, which is why local people rarely know its history with China.

China started to upgrade this center in 2016 and finished in 2017. "During the reconstruction, advanced technology was utilized so young people could enjoy a modern center," said Jiang.

"I have been taking courses here for three years. I am totally in love with this place," Yasmine said.

Tunisian Minister of Youth and Sports Majdouline Cherni highlighted the social value of this center.

"Built with China's aid and support, this center provides more space and choices for Tunisian youth, and has become a major place for cultural and sports activities in the capital city," Cherni said.

According to Cherni, the development of youth is the foundation for various programs in the future and Tunisia wants to increase investment to build more cultural and sports facilities.

"China-Tunisia cooperation in this field is in line with the long term development strategy of Tunisia," Cherni said, "we also hope bilateral ties could continue to grow."

Tunisian Foreign Minister Khemaies Jhinaoui stressed that China is a real partner of Tunisia, especially in the area of infrastructure, and has financed important projects in Tunisia.

"China will also build a larger-scale youth center in the southern suburbs of capital city to meet the needs of local residents", said Jhinaoui.