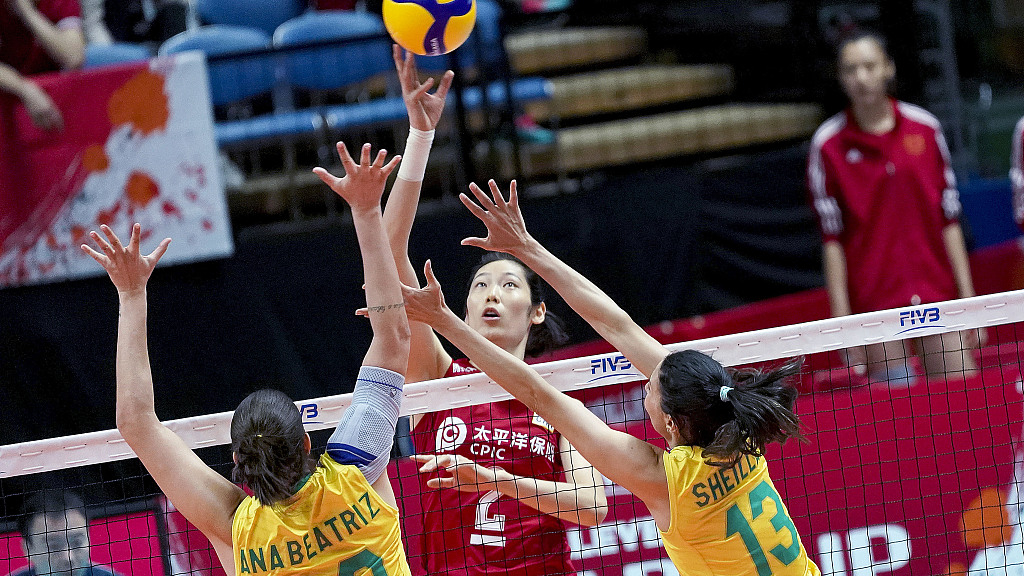 Both teams exhibited strong defense. Brazil took the chance to attack when Team China struggled to score in the 2nd and 3rd sets, putting pressure on their defense. Lacking ability to adapt as fast as Team Brazil, China lost the leading advantage in both sets and came to the edge of 1-2.

Chinese head coach Lang Ping said after the game that the team should be reflecting on their receiving, spiking, ability to adjust, and reducing mistakes in defense.

Team China lost seven points due to their own mistakes in Set Three, but the Chinese players were able to adjust well before the fourth set started, claiming a win by 25-19, and storming to the final victory by 15-9 in the last set.
"Patience" became one of the keywords for Team China throughout the game, and "connection" for Team Brazil, as these have been their traditional strengths respectively, according to the teams' coaches.
To adapt to the game, Coach Lang Ping strengthened offense in the third and fourth sets by sending Zhang Changning, then Gong Xiangyu, to the court to take the position of second setter, creating more flexible runs and easing the responsibility of spikers Zhu Ting and Li Yingying.

Yuan Xinyue, the middle blocker of China, and Gabriela Guimaraes, outside hitter of Brazil, created powerful attacks during the game, both running successful quick offense multiple times. Yuan scored a game high of 26 points along with Zhu Ting, and Gabriela scored a team high of 20.