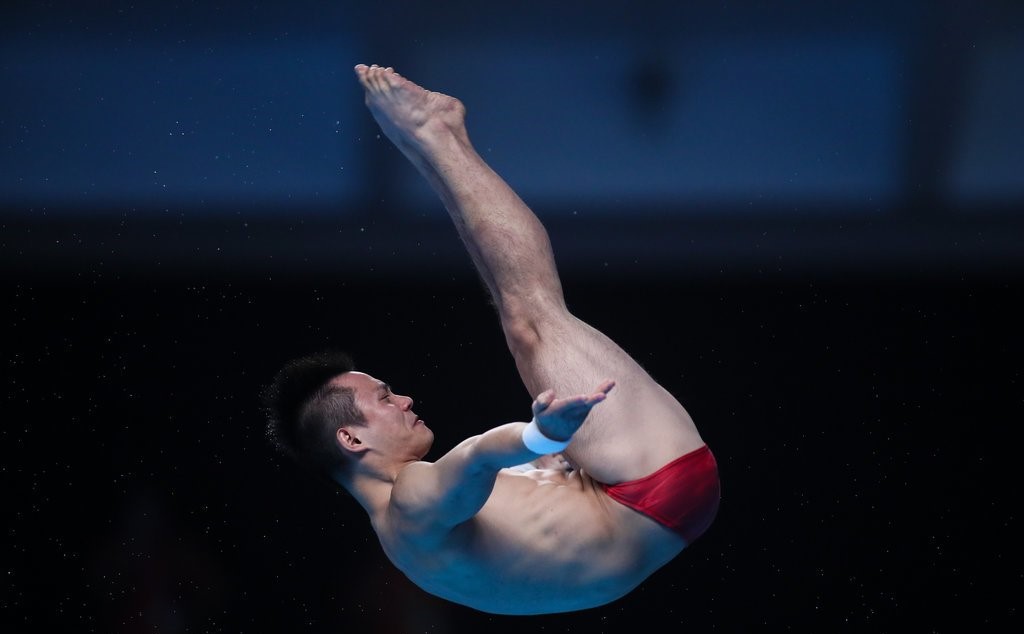 JAKARTA, Sept. 1 (Xinhua) -- China dominated the diving competition by sweeping all 10 gold medals after Shi Tingmao and Yang Jian sealed the two victories at the Asian Games here on Saturday.

Two-time Olympic and multiple world champion Shi Tingmao proved her reputation in the women's 3m springboard by taking the Asian Games title at 389.40 points for her 27th birthday gift.

"It is my time after I complete a Golden Grand Slam from the Asian Games, World Championships, World Cup and Olympic Games. But I always want to show my best. The gold medal is just a perfect birthday gift for me and a great boost to keep fighting,"said Shi, the only winner who claimed two golds in diving as she also won the 3m synchro springboard with Chang Yani.

Wang Han, winner in 1m springboard, came to second in 383.40 and Sabri Nur Dhabitah of Malaysia finished third in 330.75.

In a showdown between the defending champion Qiu Bo and runner-up Yang Jian, it was Yang who turned the table by winning men's 10m platform, the last diving event with a total of 579.10.

China topped the medal tally with 10 gold and 6 silver medals, followed by South Korea with 2 silver and 3 bronze, and DPR Korea and Malaysia tied for the third place with 1 silver and 3 bronze. Japan had 1 bronze at Jakarta Asian Games.