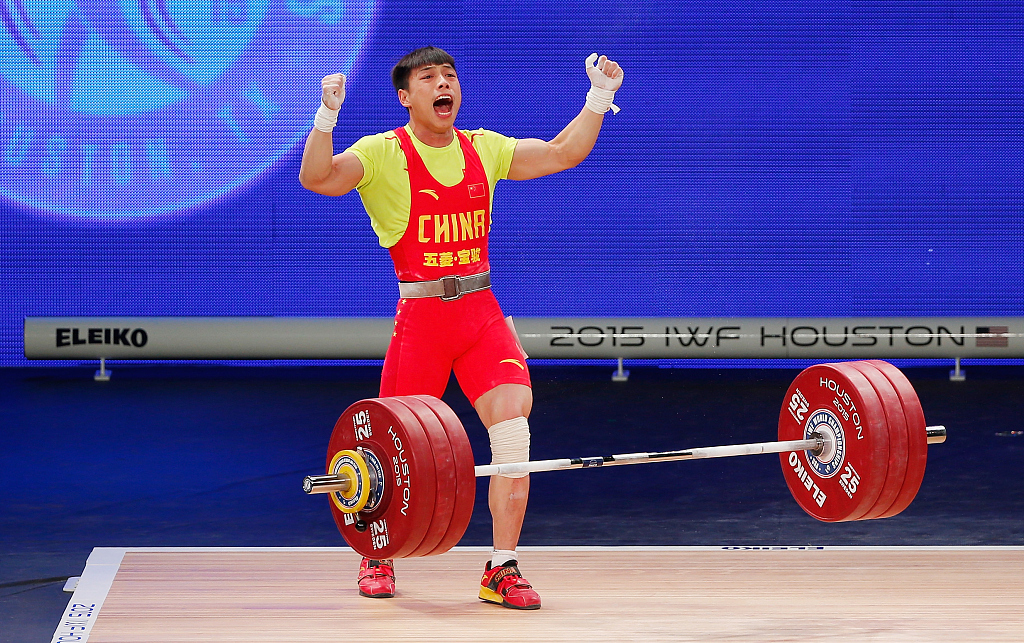 It was a tough competition in women's +87kg. Tatiana Kashirina of Russia, who swept snatch, clean and jerk and total with three new world records at the World Championships last year, lost to Rio Olympic champion Meng Suping of China this time.

Meng won the clean and jerk by 185kg and the total by 325kg while teammate Li Wenwen, a 19-year-old rookie of the world event, finished second on snatch (142kg), clean and jerk (182kg) and total (324kg). Kashirina only finished first in snatch with 145kg and second in the other two categories.

"I think Kashirina did not give out her best today," said Meng. "I won the gold medals I've dreamed for many times."

Zhang Guozheng, coach of Chinese women's weightlifting team, told Xinhua, "I saw Kashirina back in the training base. Perhaps she was not feeling well on her back. I could see that. She is far stronger than what she looked today. Our victory does not prove anything. But Li gives us surprise. She's young and talented. It is her first time to compete on world stage. I'm pretty sure she can be much better while preparing the Tokyo 2020."

Ao's strong opponent, Kim Un ju of DPR Korea bagged snatch silver with 112kg and the golds of clean and jerk (154kg) and total (266kg). The 30-year-old veteran had grabbed the gold of clean and jerk at World Championships last year.

"I should not have dropped the first snatch lift. Obviously I'm not on my best. I caught a cold a few days ago, and my back does not feel good, so the training did not go well recently, " said Ao. "I need to put up more weight to my body for this new division of 87kg. Now I'm 85kg and it seems that I need to eat more."

In men's 109kg and +109kg divisions, Chinese lifters swept all the six golds in all categories.