PARIS, June 4 (Xinhua) -- China was confirmed as the host of the AFC Asian Cup 2023 at the AFC Extraordinary Congress here on Tuesday. 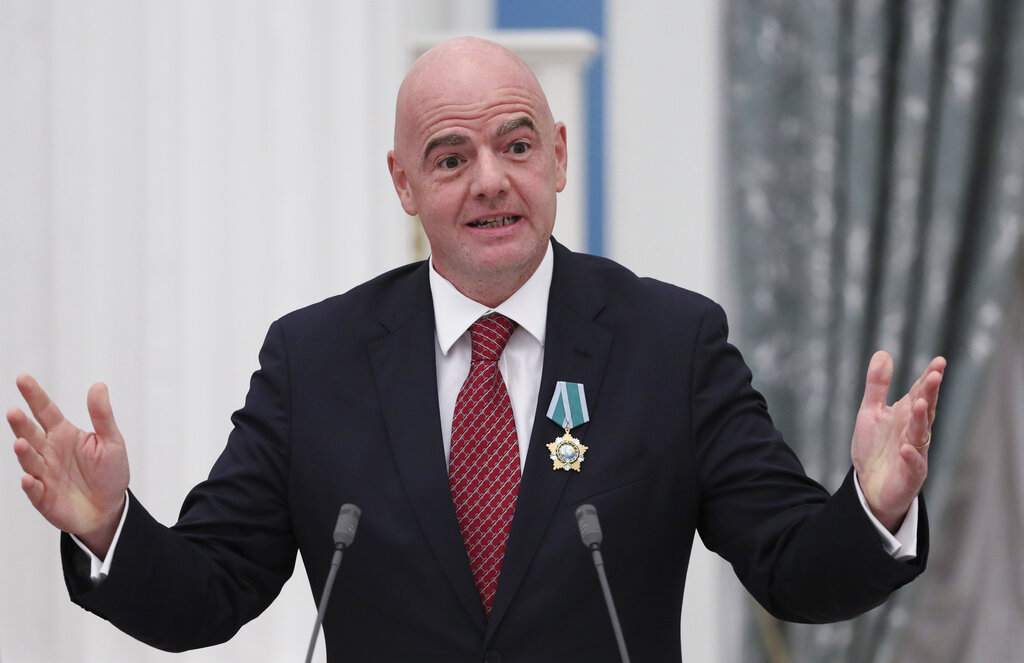 FIFA President Gianni Infantino gestures during an awarding ceremony in the Kremlin in Moscow, Russia, Thursday, May 23, 2019. (Photo: AP)

After South Korea dropped its bid last month, China was set to host the quadrennial tournament as the sole bidder.

It was confirmed during the Extraordinary Congress held in the French capital.

China last hosted the Asian Cup in 2004, reaching the final of that year's tournament. At the most recent edition of the tournament earlier this year, China advanced to the quarterfinals, where they lost 3-0 to Iran.