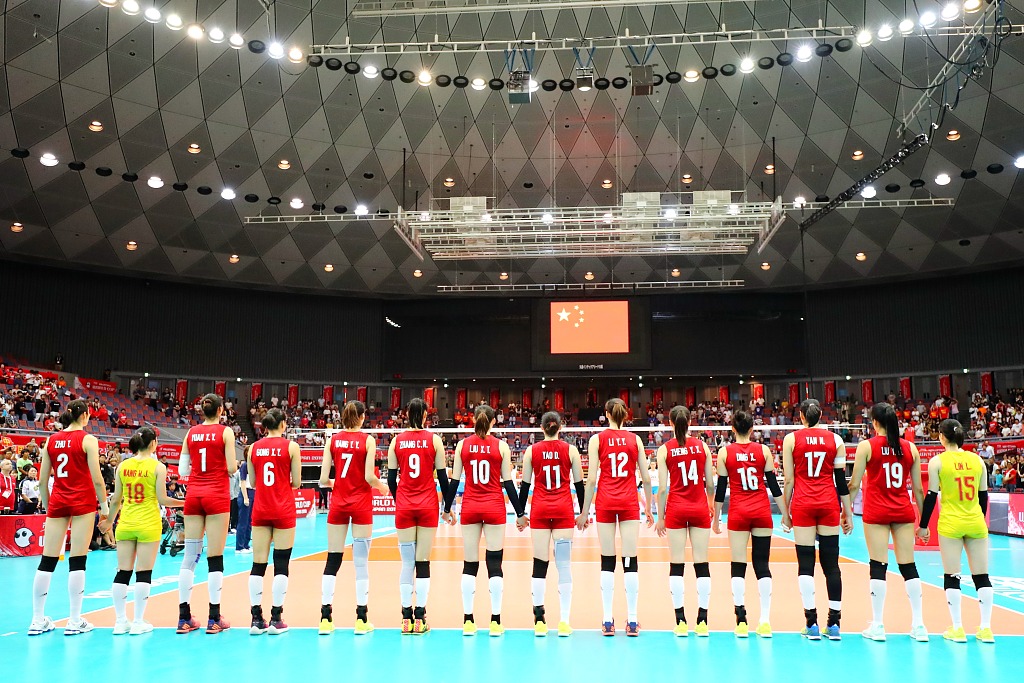 Despite having secured their title with a 3-0 win over Serbia on Saturday, China sticked to regular starters with Gong Xiangyu scoring a game-high 15 points. Yuan Xinyue added 13 to the 25-17, 25-14, 25-12, followed by Zhu Ting with 12 pionts. Lucia Fresco had a team-high 13 points for Argentina.

"Every one of our team has made progress and we have greater teamwork. It's better for us when we have more than one strong attacking points," team leading scorer Zhu told Xinhua.

Fresco and Elina Rodriguez were red-hot from the beginning and helped Argentina head into the second technical timeout 16-14. China shook off a sluggish start and tied the game 16-16 with an ace from Ding Xia and wrapped up the set 25-17 with 8-0 run after 17-17.

The game repeated itself after China lead the South American side 17-14 in the second set as Yuan, Gong and Zhang Changning spurred another 8-0 run in the closing minutes for a 25-14 win.

Zhu contributed three kill blocks to put China 7-5 ahead in the third set and the solid blocking by Yan Ni and Gong crashed the Argentine attackers as China won 12 consecutive points for a 19-5 lead before the starting players were substitued one after another to receive cheers from the audience and later dived into the court to celebrate as China claimed the final victory.

Even coach Lang Ping, who maintained perfect composure from time to time throughout the tournament, couldn't hold back her tears facing the camera in the mixed zone.

"This is our last match this years, and I was too excited thinking about the holidays," Lang joked on a press conference.