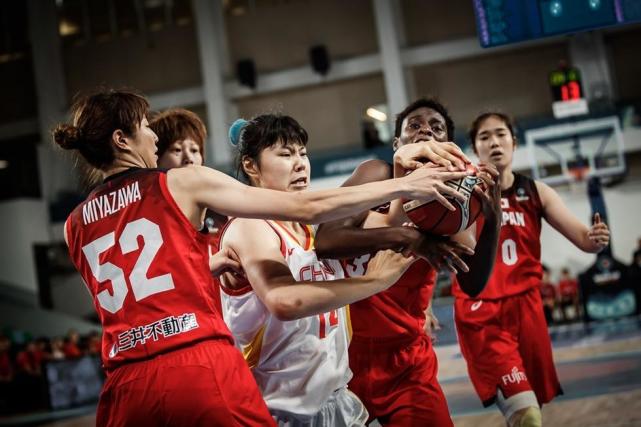 It was China's first victory over Japanese first-string squad at major tournaments in the past five years, following their consecutive losses at the Asian Championships and Asian Cup.

Li Meng heated up quick into the match with a three-pointer, but Japan, three-time defending Asian champions, responded in the same manner with five of six attempts beyond the arc. Starting point guard Nako Motohashi's 10 points moved Japan 25-19 ahead as the first quarter ran out.

Chinese youngsters made their contributions early in the second period, as the 18-year-old center Han Xu scored a second chance basket to commence the team's offense. Then Yang Liwei and Huang Sijing saw consecutive three-pointers on target.

Through substitutes' concerted effort, China could remain in contention, before Shao Ting's fast break layup turned the tides for China to lead 43-41 for the first time since the start with 1:26 remaining. Li Meng's another three-pointer put China 46-44 ahead into the halftime.

Yang Liwei shone with two shots from outside late in the third quarter, propelling China to a 67-57 lead heading into the final period, the first time they established a double-figure advantage since the tip-off.

In front of China's buckled-up defense, Japan failed to maintain their shooting percentage in the second half.

Starting from the 2013 Asian Championships, China lost four straight matches at Asian-level tournaments, the latest at the 2017 Asian Cup.

They savored a bit revenge with two wins in a row against Japan en route to the Asian Games gold medal this year, but the latter didn't dispatch a full roster to Jakarta.