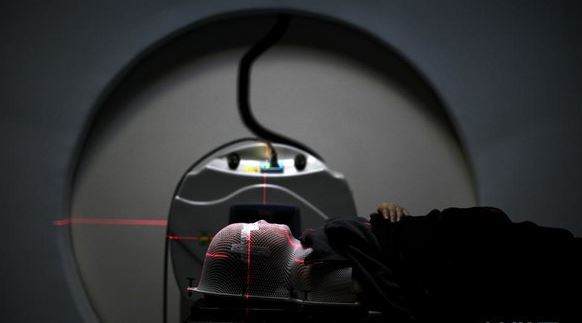 The system will be used in a hospital in Lanzhou, capital of Gansu, which is mainly dedicated to treating cancer patients with the technology of heavy-ion accelerators.

Compared to traditional therapy such as radiation, heavy ion treatment is considered to have more balanced properties with less radiation on healthy cells. The treatment period is shorter and the therapy could more effectively control cancer cells, according to Wang Xiaohu, deputy director of the Gansu Provincial Cancer Hospital.

Researchers with the Institute of Modern Physics under the Chinese Academy of Sciences started basic research into the technology in 1993 and developed the accelerators in 2015.

A report published by the National Cancer Center in 2017 showed that China has nearly 25 percent of the world's new cancer cases, with 10,000 cancer patients added per day. Every year, there are two million cancer-induced deaths. Lung, breast and stomach cancers are the most common types.