China fighting battle of the bulge 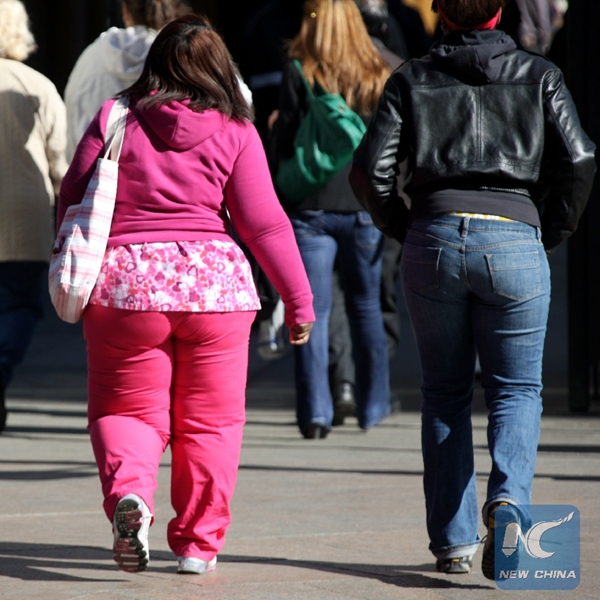 With an increasing urban population, rising disposable incomes and a growing taste for international dishes, it's no wonder that China is facing a new problem－obesity. (Photo: Xinhua)

With an increasing urban population, rising disposable incomes and a growing taste for international dishes, it's no wonder that China is facing a new problem－obesity.

To help bolster the battle of the bulge, the State Council, China's Cabinet, issued a guideline recently to implement the Healthy China initiative, which encourages people to adopt healthier lifestyles and diets.

The guideline sets specific targets for reducing daily salt intake to less than five grams, cooking oil intake to between 25 and 30 grams and sugar intake to 25 grams by 2030.

The daily intake of fat for adults should be reduced to less than 32 percent of their total daily energy intake by 2022 and to no more than 30 percent by 2030, the guideline said.

Ding Gangqiang, director of the Chinese Center for Disease Control and Prevention's Institute of Nutrition and Health, said the government will limit the production and sale of high-sugar foods, encourage food manufacturers to produce reduced-sugar and sugar-free foods and help consumers learn how to identify added sugar on nutrition fact labels.

The daily salt intake for Chinese people is around 10 grams, double the 5 grams recommended by the World Health Organization, Ding said at a news conference on Wednesday.

The National Health Commission said 30.1 percent of Chinese adults were overweight in 2012, up by almost a third from 2002, and 11.9 percent were obese, up by just over two-thirds.

China has the largest overweight population in the world－43.2 million men and 46.4 million women－with the United States in second place, according to a study published in The Lancet in 2016.

"We hope that as more people start to realize the importance of a healthy diet, they will start to cut intakes of salt, oil and sugar," Mao said.