WUHAN, Oct. 27 (Xinhua) -- Bahrain defeated Qatar 3-1 to win their first ever men's soccer title in a match, which closed all the competitions at the 7th CISM Military World Games on Sunday in Wuhan, capital of central China's Hubei province. 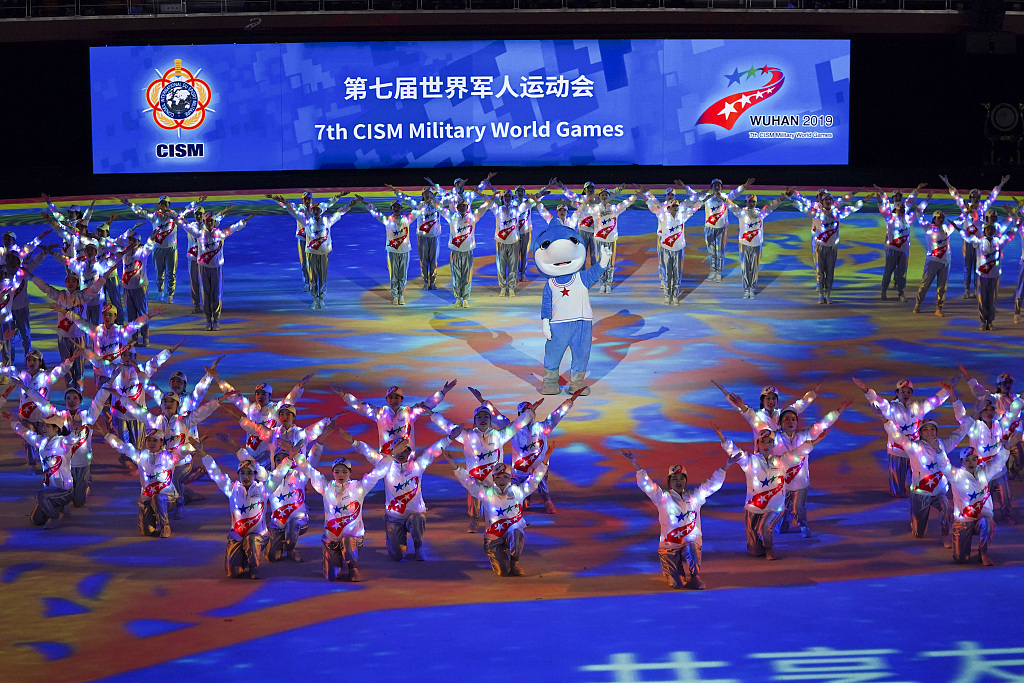 China, as the host, had a commanding lead on the medal standings with a total of 239 medals, including 133 golds, 64 silvers and 42 bronzes, from record-setting 329 events across 27 sports, becoming the first country to clinch over 100 golds in a single edition.

Russia, which had ranked first on medal table in five of the previous six editions, had 161 medals overall (51 golds, 53 silvers, 57 bronzes) to stand in second and Brazil was ranked third with 88 medals (21 golds, 31 silvers, 36 bronzes).

Over 80 International Military Sports Commission (CISM) affiliated records had been broken here at the "Olympics for military", as athletes hailed it as a high-level international event, which had featured 67 Olympic and world champions.

China took 27 golds, about one fifth of its total, from swimming, 13 from shooting and 11 from diving. Athletics added eight golds, mainly from field events and race walk, and newly introduced table tennis earned China six golds.

The host athletes had also done an excellent performance in military-featured sports, sweeping all the golds in aeronautical and naval pentathlons, five out of six on offer in military pentathlon and snatched 11 of the 18 available in parachuting and lifesaving.

Russia excelled in fencing, bagging altogether 12 medals, including eight golds. The Russians win in five of the six team events in fencing, except for men's team epee, in which they were second to Italy.

Bahrain established itself as a powerhouse in athletics, winning eight of its nine gold medals from track and field, the joint leader with China in gold medals from the sport at the Games. The Gulf country also notched a heavyweight trophy in men's soccer, beating Qatar 3-1 in the final.

The women's soccer title went to the DPR Korea, which overcame China 2-1 in the final showdown. DPR Korea finished seventh overall in medal standings with nine golds and 32 overall, including four golds from wrestling.

Lithuania was crowned men's basketball champion here after beating the United States 91-83 in the final, winning its only gold medal at the Games. China edged Brazil 68-64 for the third place in the sport.

In the women's basketball final, China had an easy 93-65 victory over Brazil to step atop on the podium.

China's 21-year-old Xing Yaping was the most decorated athlete at the Games, collecting an astonishing eight golds from parachuting.