BEIJING, Nov. 29 (Xinhua) -- China has continued opening up and cooperating with other countries in the theatrical and artistic circles in the past years as rising income nurtures a growing consumer group that craves for better cultural lives. 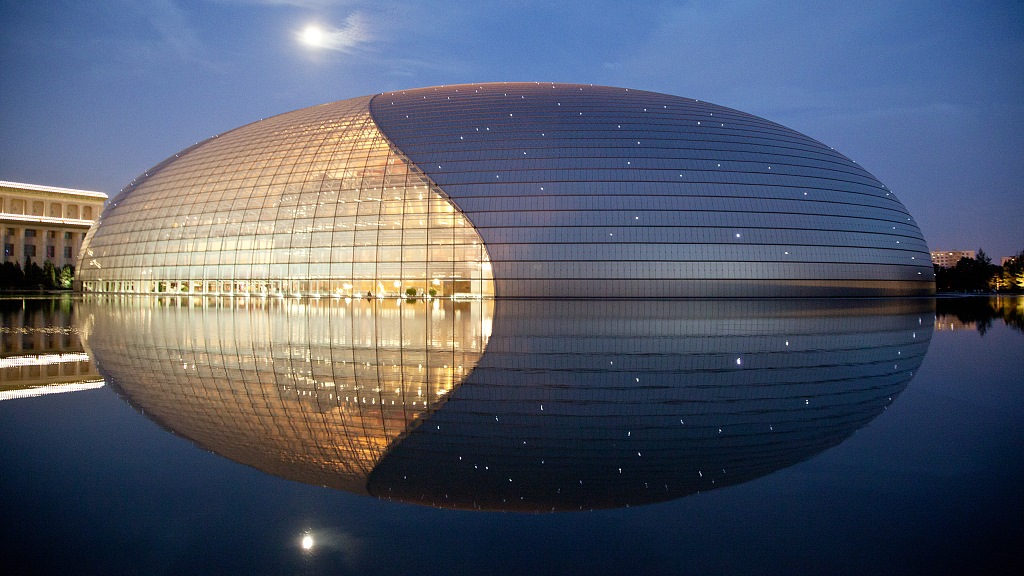 The National Center for the Performing Arts. (Photo: VCG)

The National Center for the Performing Arts (NCPA), with a landmark building at the very center of Beijing, serves as a barometer of cultural life in the country.

Since its formal operation in December 2007, the NCPA has staged more than 10,000 commercial performances by over 300,000 Chinese and foreign artists, attracting more than 10 million audience and making it one of the world's most important performing art centers.

In terms of opera, the NCPA has co-produced works with international opera houses, including the Royal Opera House in London, the Metropolitan Opera House in New York City and the Vienna State Opera.

It is also establishing its own production system and producing operas independently, said Wei Lanfen, director of the NCPA's production department.

It has also shot 29 opera films, including "Turandot" and "Rickshaw Boy." Epic opera "The Long March," an original production of the NCPA, has been broadcasted overseas.

"Marco Polo," an original Chinese opera based on the story of the famous Italian explorer in the 13th century, premiered in Guangzhou, south China's Guangdong Province, in May 2018. It was also staged in Genoa, Italy, in September this year.

Besides opera, the NCPA's performance calendar is filled with various "festivals" all year long, ranging from dances and concerts to performances by top-level musicians and troupes worldwide.

"It's not that we deliberately seek a bigger foreign repertoire," said Wang Wei, director of the NCPA's performance department. "But rather, after four decades of opening up and development, China now boasts a genuinely diversified market demand for international artistic works."

According to Wang, classic works of Shakespeare often sell out at the NCPA, but so do dramas in the languages of Japanese, German, and even Lithuanian.

In 2016, the China Arts and Entertainment Group (CAEG) initiated and founded the Silk Road International League of Theatres to strengthen cultural and artistic exchanges and cooperation between countries along the ancient Silk Road. Currently, the league consists of 124 members from 42 countries and regions, including 77 overseas members.

Over the past year, the league has successfully promoted 10 Chinese quality dramas to overseas markets such as the United States, France and Italy. Meanwhile, it has introduced several works from overseas members, including from Malaysia, Lithuania and Ecuador.

Li Jinsheng, chairman of CAEG, said the league serves as a bridge to accelerate the link between Chinese and overseas performing markets. "We have new missions and undertakings since the new era raises new requirements for cultural exchanges," Li said.