BEIJING, May 2 (Xinhua) -- China has strengthened the intellectual property rights (IPR) protection of traditional culture, crafts and intangible cultural heritage, according to a report from the Ministry of Culture and Tourism. 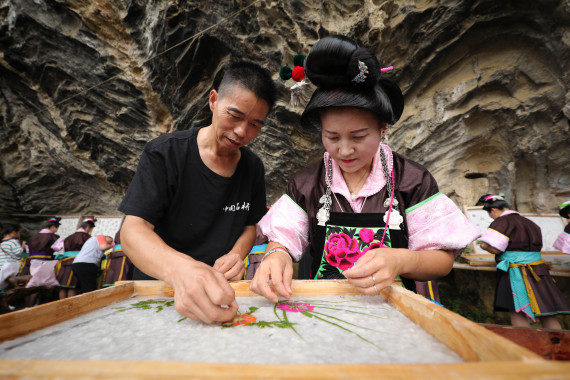 The report recalled the inscription of China's Lum medicinal bathing of Sowa Rigpa on the Representative List of the Intangible Cultural Heritage of Humanity by the United Nations Educational, Scientific and Cultural Organization (UNESCO) in 2018.

During the same year, a total of 1,082 individuals were newly recognized as representative inheritors of national intangible cultural heritage.

In addition, IPR protection courses were emphasized in the training plan for inheritors of intangible cultural heritage, and 10 workshops for traditional crafts have been set up to provide assistance to local enterprises and workers, said the report.

On IPR policy, the ministry has pushed forward the drafting and researching of a proposed law on promoting cultural industries, which contains special provisions on IPR protection, and advanced the study of promulgating IPR guidelines for respective fields, including intangible cultural heritage and performing arts.

It also pledged to put forward more suggestions on the subject to the ongoing revision to the country's copyright law, according to the report.