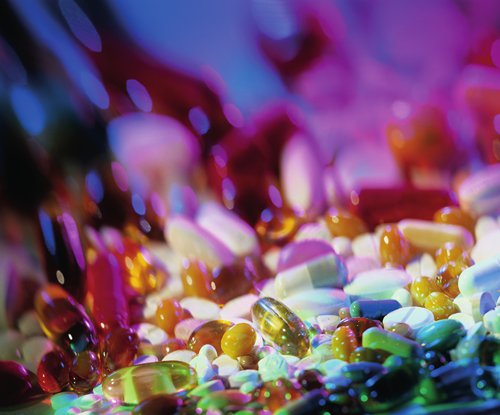 Police have warned of a "marijuana culture" spreading in China.In recent years, Chinese police have been tackling more cases involving the smuggling and consuming of marijuana. Many of the suspects have had experience living, studying or working abroad.Xiang Lin (pseudonym) tried marijuana out of curiosity while studying abroad and became addicted. After coming back to China, he bought the drug online, the China Youth Daily reported on July 1.The drug was detected by customs authorities in a parcel of candies and popcorn. On August 20, 2017, Xiang was detained by police when he came to collect the parcel.On June 26, the People's Procuratorate of Nanjing, capital of East China's Jiangsu Province, outlined Xiang's case during a press conference, according to the China Youth Daily.The procuratorate said that with more Chinese people going overseas, the possibility of their being exposed to marijuana is also increasing, especially young people who study abroad and are more easily influenced by Western subculture.The procuratorate noted that marijuana is now being made into candies or popcorn to avoid detection. However, these are also addictive and illegal in China."According to China's Criminal Law, smuggling, selling, transporting and manufacturing drugs, regardless of the quantity, should be investigated for criminal responsibility and penalty," Yu Jian, director with the Chengdu-based Faye Law Firm, told the Global Times on Wednesday. China in 2018 uncovered 125 cases of marijuana being mailed through international parcels, seizing 55 kilograms of marijuana and related products, the China National Narcotic Control Committee said on June 17, 2019. The suspects were mainly international students in China or Chinese citizens who had previously worked or studied overseas.Media reported that people who smoke marijuana move in certain circles and see taking drugs as a fashion or culture, and also try to spread the idea of taking marijuana.Tough casesGuo Weiwei, a lawyer with Shanghai Dongshen Law Firm, told the Global Times on Wednesday that one of his Hong Kong-based clients, surnamed Wu, 35, became addicted to marijuana when he was studying in the US. In 2017, Wu started to work in Shanghai but found it hard to quit the drug, and paid his American friend Henry 6,000 yuan ($872) to send some marijuana. Henry put the marijuana into four snack bags, which were mailed from Los Angeles to Shanghai via EMS Express.Wu was detained by police on November 17, 2017 and sentenced to three months in jail for smuggling drugs, and fined 2,000 yuan in January 2018. Police in Hangzhou, capital of East China's Zhejiang Province, also broke up a drug dealing circle in September 2018 and detained more than 50 suspects, Shanghai news website thepaper.cn reported.According to the investigation, these drug addicts are all from rich families with properties worth more than 10 million yuan on average. Most of them knew each other while studying abroad and introduced each other to marijuana.

A procurator from Zhangjiagang People's Procuratorate in Jiangsu Province was quoted by the China Youth Daily as saying that many Chinese students abroad joined marijuana circles out of curiosity or from pressure. After they come back to China, they spread the "marijuana culture" like a virus.Police in Chengdu, capital of Southwest China's Sichuan Province, in January seized six marijuana plants in a rented apartment, together with 460 grams of marijuana. The police detained the suspect, surnamed Su, the Economic Information Daily reported on March 1.According to the report, he became addicted to marijuana while studying in Canada and learned how to cultivate the plant when he came back to China. He had brought other people to his apartment to take drugs.Entering ChinaApart from Chinese students, some foreigners in China have also brought marijuana culture into the country from overseas. Some of them, either students or teachers, may have become addicted while they were living overseas and continued their habit after they moved to China. A foreign student in Suzhou, Jiangsu Province was sentenced to three years and expelled from China by a local court in November 2018 after he was found smuggling and selling drugs, according to the official website of the Suzhou People's Procuratorate.The student was seized by officers from the anti-smuggling branch of customs in Suzhou Industrial Park while receiving a parcel, in which police found 900 grams of marijuana.Police said that the student began to smoke marijuana when he was abroad. In China, he got to know a marijuana dealer while playing online games and later began to sell marijuana to other foreign students in campus.An investigation found that he had smuggled a total of 1,800 grams of marijuana."Solving the case cut the black chain of drugs spreading into campuses and makes it clear that drugs cannot exist in China," an official from the Suzhou procuratorate said, China Youth Daily reported.Not uncommonMany Chinese students studying abroad admitted that they had experienced the drugs in one way or another."Newcomers are more curious. They would usually buy a marijuana cake together and each takes a bite," Haozi (pseudonym), an engineering student from China studying in the Netherlands, told the Global Times.

The Netherlands is famous for its legal marijuana products. Haozi said it is very easy to obtain marijuana in "coffee shops" that can be found on many streets. "At parties, you can see schoolmates or friends from other countries taking marijuana," she said. "However, most Chinese students are very cautious about drugs," she noted."Overseas students should value their lives and stay away from drugs," Guo said, noting that  the Chinese government has stepped up drug control efforts."Any individual has to abide by the laws of the country they are in, whether they are exchange students, foreign teachers or returned students. Becoming addicted to drugs while studying in a country where drugs are legal cannot be a reason for exemption," Cai Daotong, director of the Law School of Nanjing Normal University, told the China Youth Daily. Obvious increaseChina's National Narcotics Control Commission said in its 2018 drug situation report that drug smuggling from North America to China has seen an obvious increase since Canada and a number of US states legalized marijuana.Li Zhipeng, a lawyer with Beijing Deheng Law Offices' Guangzhou Branch, told the Global Times on Tuesday that the methods used in smuggling marijuana are becoming more advanced, with layers of packaging making parcels appear legitimate. "Among overseas Chinese students, there could be a misunderstanding. Even if recreational marijuana use has been legalized in Canada, it does not mean smoking marijuana is acceptable. These students need to bear in mind their goals in foreign countries. They are there to learn the essence and discard the dross," Li said. Overseas students need to be aware of China's policy of combating drug crimes. In China, marijuana is still regulated, and any drug trafficking leads to criminal responsibility, Li Warned. "A database with shared information on people who are more likely to take drugs, including foreign teachers and overseas students, should be created, to strengthen control and enable investigation," a member of staff with Zhangjiagang procuratorate, was quoted by the China Youth Daily as saying.Fan Guomin, a lawyer with Jiangsu Nova Law Firm, believes that detailed elaboration on laws on drugs should be provided. For students who return with a drug addiction, governmental departments need to create an identification mechanism for intervention in a timely manner, such as compulsory detoxification, Fan noted.