A dialogue and exchange event between the Wulingyuan scenic area in China and the Dolomites in Belluno, Italy, both UNESCO World Heritage Sites, was held on Monday in Zhangjiajie, a famous tourist city in central China's Hunan Province. 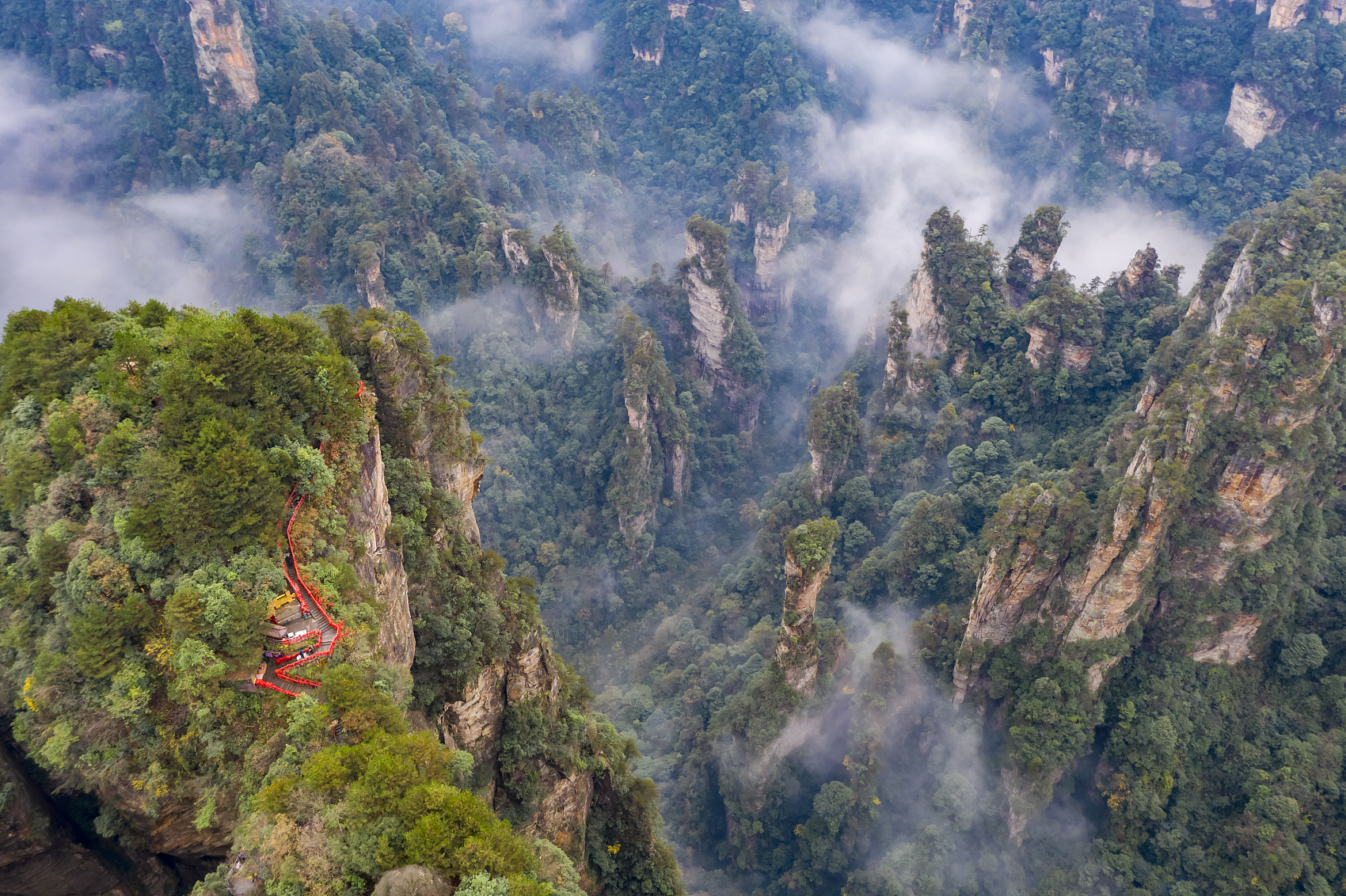 A view of the Wulingyuan scenic area, Hunan Province, on November 17. (Photo: CFP)

During the event, the Wulingyuan district government signed a letter of intent with the government of Belluno for cooperation on cultural tourism, aiming to enhance collaboration and share experiences of protecting and developing world heritages.

Lucia Pasqualini, consul general of Italy in Guangzhou, said that the UNESCO World Heritage Site is a commendation for places with outstanding cultural and natural value. She also expressed expectations for further and deeper cooperation between the two sites as well as the two countries.

In 2015, Zhangjiajie and Venice in Italy signed a framework agreement on tourism and cultural cooperation and reinforced exchanges on education, tourism, and sports.

The Dolomites are widely regarded as one of the most spectacular mountain ranges in the world, and Wulingyuan in Zhangjiajie is famous for its so-called "alien-planet" mountain views. In 2019, the city of Zhangjiajie received more than 1.37 million inbound tourists from 133 countries and regions. The number of inbound tourists increased by 179 percent year on year.

As two countries with ancient civilizations, China and Italy both have a long history. So far, China has 55 UNESCO World Heritage Sites, ranking top in the world along with Italy.